Skoda has made a habit of turning its practical family cars into "blue-light" vehicles for the emergency services. There have been Scala police cars and Karoq police cars, but the latest car to make the switch is the Kodiaq SUV, which is now being offered to police forces in the U.K. in dog van guise.

Sure, Skoda's publicity images don't really show the sort of dogs your average copper will carry around – they're more household pets, to be honest – but it's a demonstration of just how the family car has been turned into a workhorse. Chief among the modifications are the two dog kennels fitted in the rear of the car, both of which are air-conditioned and meet the Royal Society for the Prevention of Cruelty to Animals (RSPCA) requirements.

Built into the space that would ordinarily be the trunk, the kennels come with temperature monitoring and a front escape hatch, allowing the dogs to evacuate the vehicle quickly if needs be. There's also a storage area for safety equipment in front of the kennels.

But aside from provisions for our four-legged friends, the Kodiaq dog vehicle also gets features specific to the humans who will operate it. There's 360-degree emergency services lighting and an engine run lock system, which keeps the engine running when the key has been removed. That means the engine can essentially be used as a generator, powering lights, radios or computers without running down the battery.

On top of that, the vehicle has of course been decked out in the familiar police markings, with reflective blue-and-yellow stripes down the sides.

As with other Kodiaqs, Skoda is offering the dog vehicle to customers with a choice of two- and four-wheel drive, giving police forces the ability to take their dogs off the beaten track, while there's a choice of four engines. Two gasoline and two diesels offer power outputs ranging from 148 to 236 horsepower.

Henry Williams, the head of fleet at Skoda U.K., said the Kodiaq was a "versatile" model that could offer enough to keep the dogs safe and well cared for.

"We know police dogs play a pivotal role in an emergency service response; therefore, they need an environment that provides the appropriate level of safety and comfort to get them to and from an emergency," he said. "The versatile Kodiaq police dog vehicle has all of the necessary features to ensure police dogs are well looked after when going about their vital work." 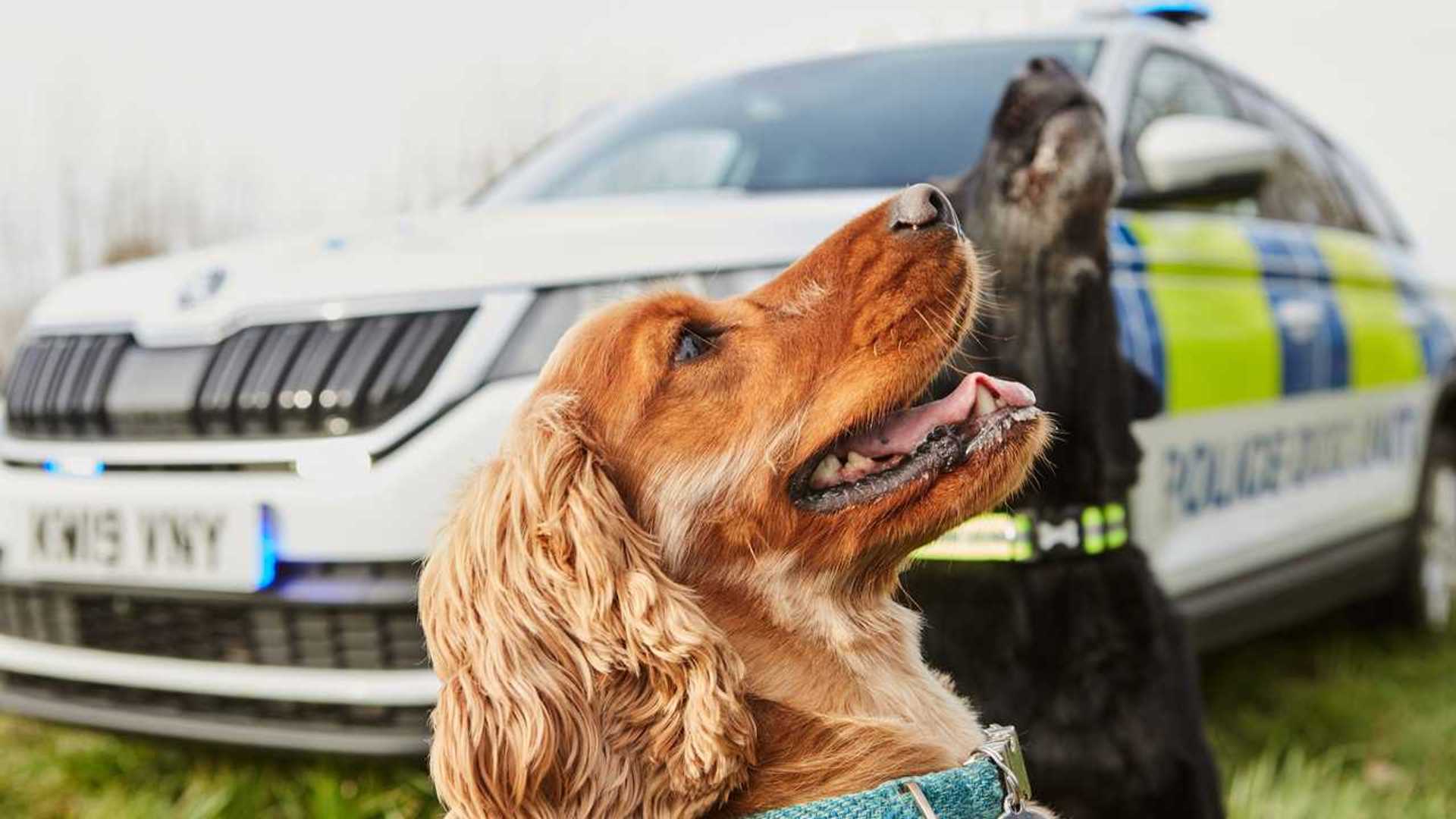 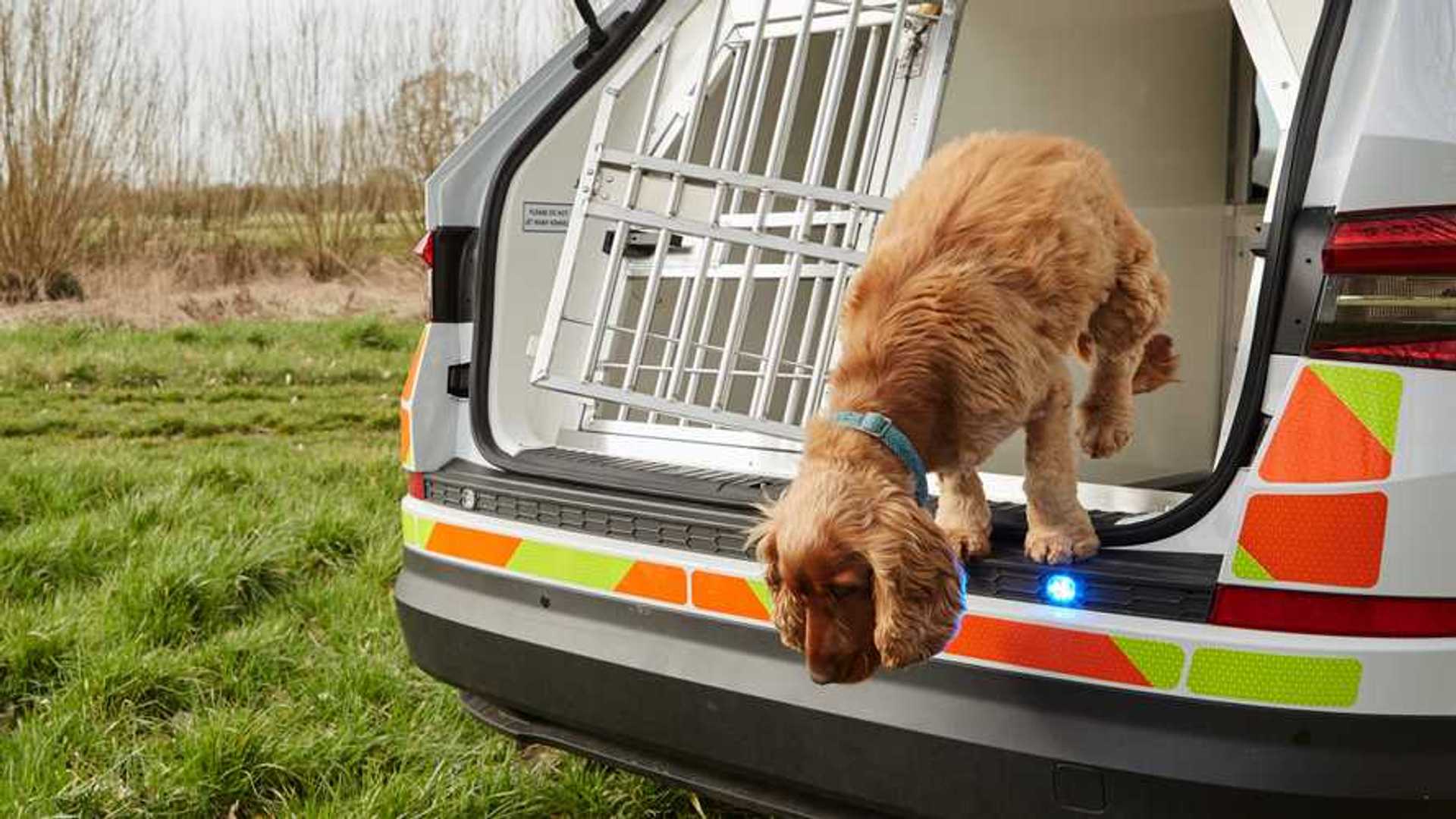