MG: Dacia's Next Competitor In Europe

DaciaMG
Just like Dacia, the SAIC-controlled brand focuses on quality at competitive prices. And so it doubles its sales in the Old Continent

If there's one car brand that can be a good example of economies of scale, good marketing, and profitability, it's Dacia. It was relaunched by the Renault group after taking over it in 1999 and has since become the French manufacturer's goose that lays golden eggs.

These are eye-catching, no-nonsense cars, the perfect choice for motorists looking for a private means of transport that is both good in quality and affordable with low maintenance costs.

The success in terms of sales is also attributed to the lack of direct competitors, at least in Europe, where last year Dacia sold 90 percent of the global volume. Despite the obvious reasons for the popularity of its cars, Dacia is still the only low-cost brand available on the continent. Neither Volkswagen nor the former PSA have developed an autonomous brand to compete with the Romanian house. However, that could change soon. And the challenger comes from afar.

The (Asian) Rebirth Of A British Brand
MG is slowly becoming a major player in the European electric vehicle market. Leveraging its British origin, the Chinese SAIC, its current owner, is expanding its presence around the world. It offers very competitive products which include sedans, SUVs, and even hatchbacks and wagons. The aim is to offer affordable, attractive, and modern electric cars.

And the formula is paying off. Registrations doubled in the first eight months of this year in Europe, for a total of 58,300 units. This is a volume higher than that recorded by Honda or Mitsubishi and equal to 70 percent of that recorded by Suzuki. MG managed to enter the European top 25 brands, with the highest percentage increase.

It is important to note that MG is not yet available in all European countries (as of August it was still missing in Switzerland, Poland, the Czech Republic, Portugal, Slovakia, Romania, Hungary, Estonia, Lithuania, and Latvia). These markets together represent 13 percent of the total European volume.

The Key To Success? Electric At A Good Price
But while MG's market share within the overall European market is still very low (0.82 percent through August), the company has a more comfortable position within the pure electric market. According to data provided by JATO, this market accounted for 2.6 percent of registrations of pure electric cars between January and August.

MG is applying the same formula that has allowed Dacia to outperform in recent years, but in the electric car market. The average price of its EV line is lower than that of most mainstream brands in Europe. For example, the MG ZS EV, the electric B-SUV, is cheaper than rivals Opel, Peugeot, and Hyundai.

The MG5, a C-segment electric wagon, is the most affordable choice within the segment. The same goes for the MG Marvel R, MG's flagship in Europe. Its average retail price in Europe is 47,221 euros. Its direct rivals have prices between 49,831 and 65,484 euros.

As a result, MG is attacking the emerging electric vehicle market from below, just as Dacia did in the internal combustion engine market. 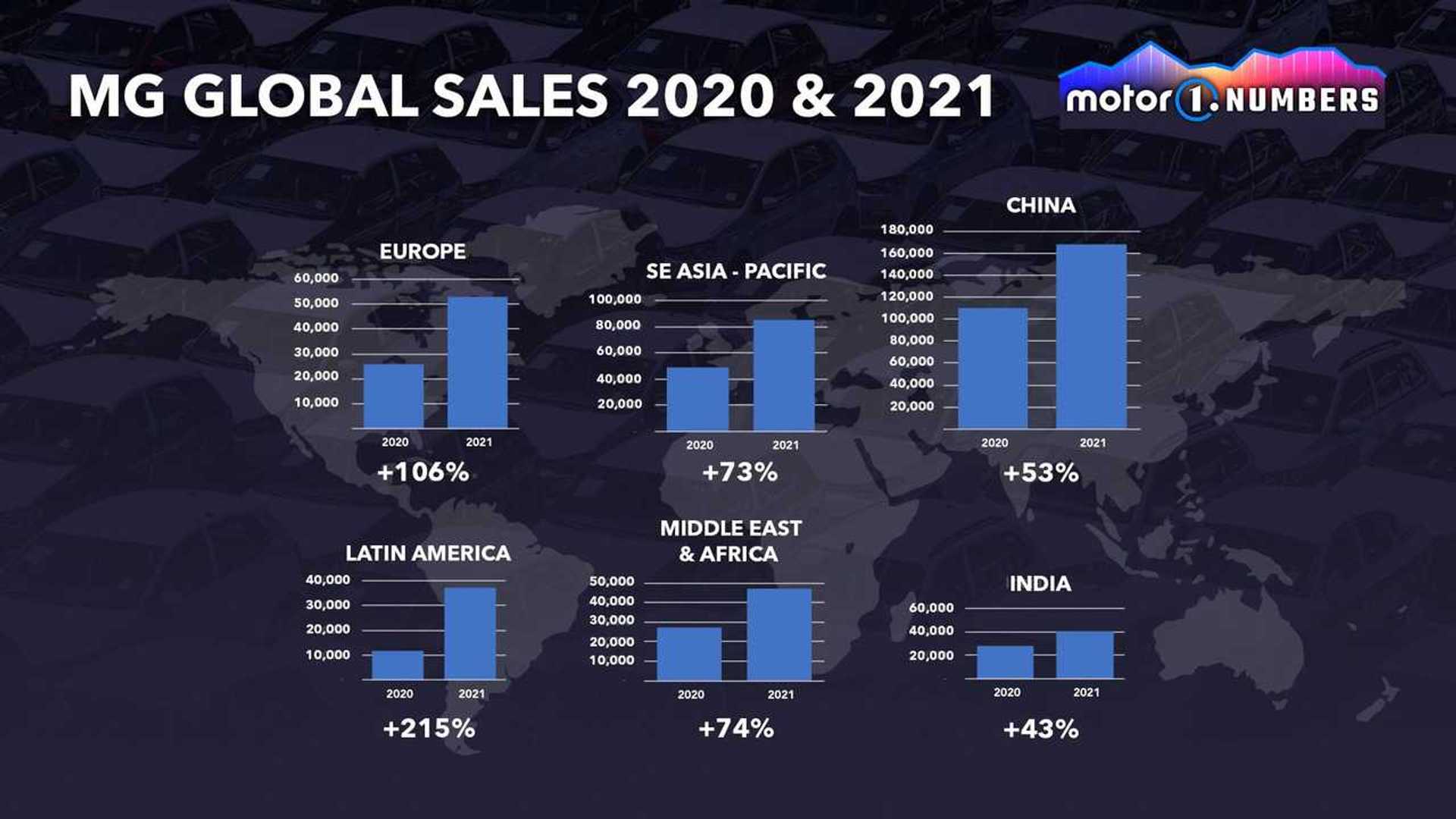 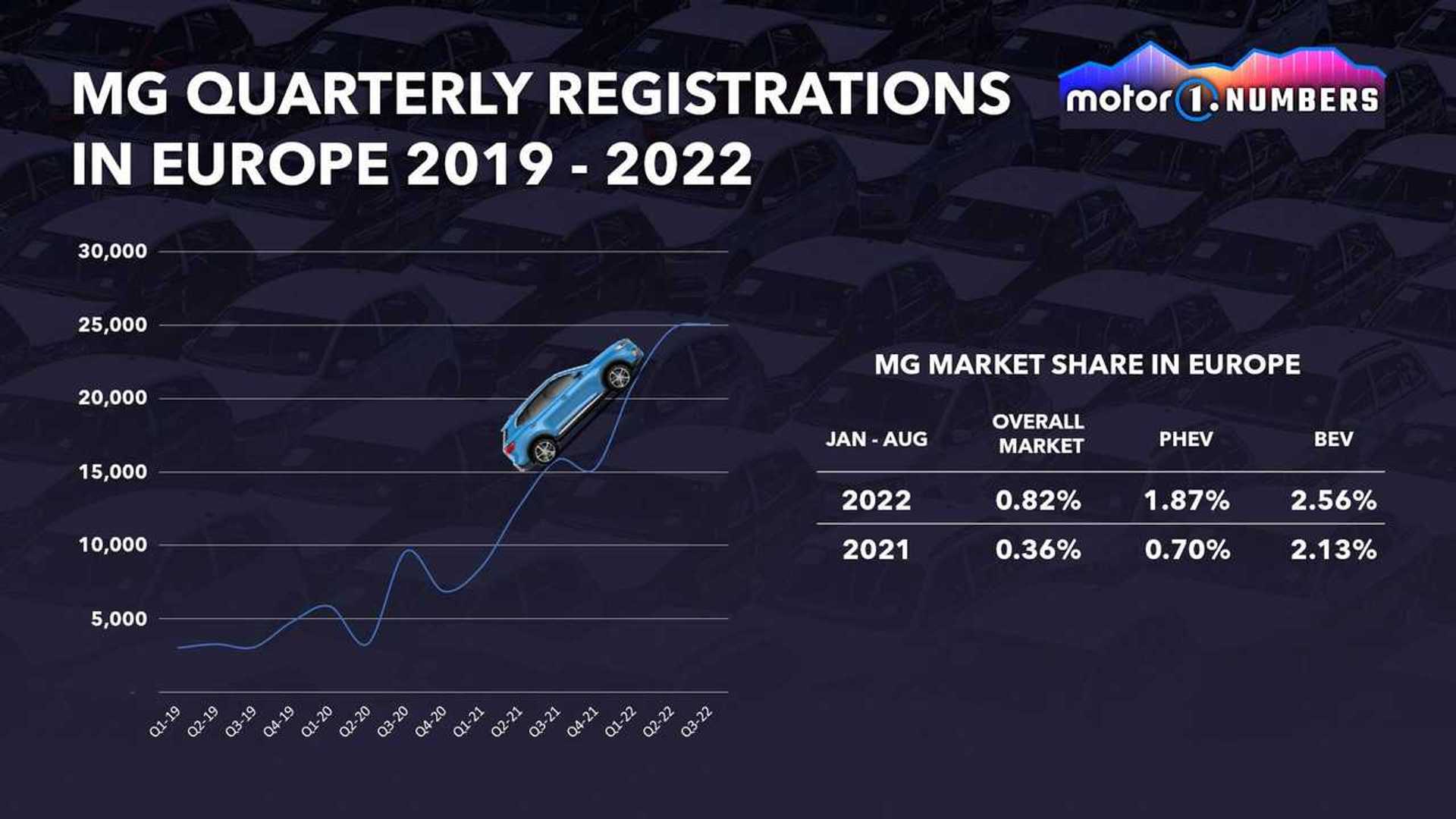 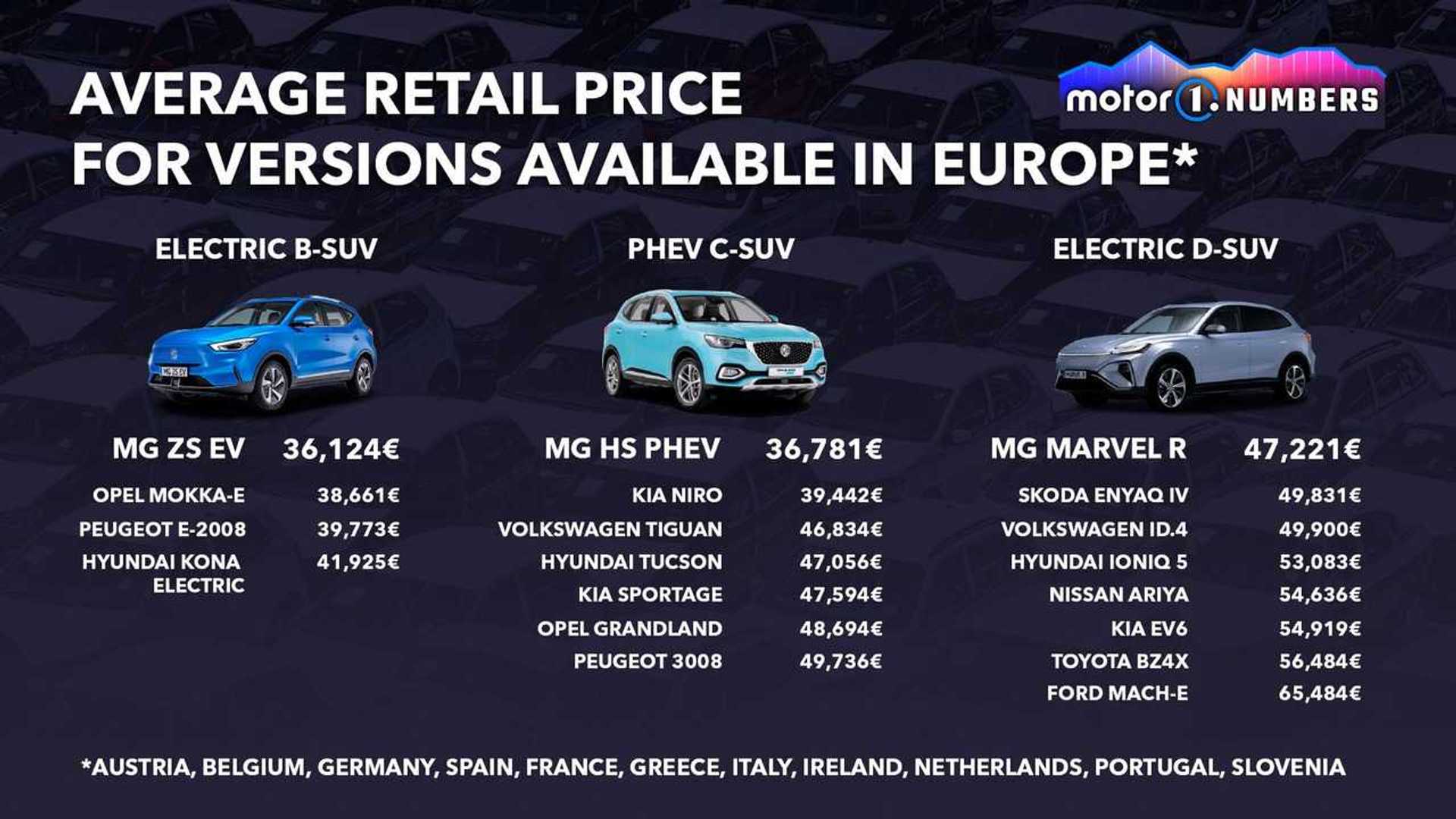