The SEAT Tarraco is the first 3-row crossover offered by the Spanish automaker.

However, it's hardly a trailblazer, as it plays by the same rules as other VW Group products.

Launched a couple of years ago, the big SEAT is quite similar to the Czech Skoda Kodiaq with which it shares its platform. However, it lacks the performance version to match the RS.

A Cupra version of the Tarraco is unlikely. However, we do have an FR model to sit above the regular versions. This has slightly different styling, with revisions to both bumpers that include air intakes and fake exhaust ports.

The FR trim was unveiled in August and isn't fully on sale yet. SEAT's PR team bundled it with a new plug-in hybrid powertrain, which is another first for the brand but borrows heavily from the Volkswagen Group.

However, the Spanish website Decoches has spied an FR model without the trademarks of the plug-in system, namely the charging port over the front wing and the aero wheels. Everything else is the same, including brushed metallic trim and the new pearl white paint.

Usually, the FR trim is offered with more powerful engines, which in this case would mean the 2.0 TDI with 190 horsepower or even the bi-turbo 240 hp setup from the Kodiaq RS. Most likely, this model will come with larger wheels and more equipment, justifying a base price of over €35,000.

A bit further down the line, the Tarraco should borrow the technologies being put in the Leon 4 hatchback, including a new DSG shifter, better screens, and several mild-hybrid engines. 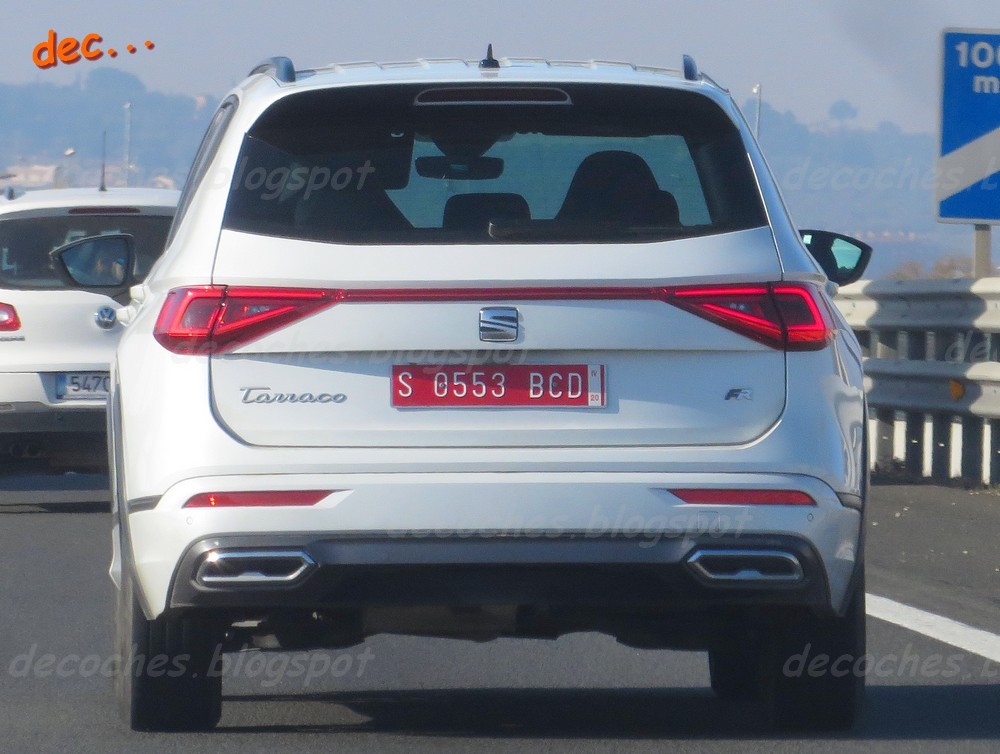