DaciaDacia LoganLada
The e-Largus is still a prototype but it will hit the road next year.

The electrification in the automotive industry looks inevitable at this point. Virtually every automaker is investing millions of dollars into new technologies and even smaller and single-market companies want to move forward with battery-powered vehicles. Lada is among the latest to join the party and while its first electric vehicle is not ready to hit the production lines yet, there’s now a prototype previewing the future e-Largus.

Ever since the Russian invasion of Ukraine started, AvtoVAZ, the company that owns Lada, has been experiencing huge difficulties producing and delivering new cars. Just recently, the firm restarted production of the Granta, albeit without ABS, airbags, and other features. For its new project, Lada is eyeing a technology it has virtually zero experience with by presenting what is believed to be a functional electric wagon prototype.

If the design of the e-Largus looks familiar to you, that’s because the vehicle is based on the previous generation Dacia Logan LCV. This vehicle rides on Renault-Dacia’s B0 platform, which was launched in 2004 and underpins models such as the first-gen Dacia Duster, Nissan Kicks, Mahindra Verito Vibe, and Lada Xray. The architecture is largely unmodified for the electric Largus and it is said that the batteries are installed within the floor. Fast charging through a CCS port is possible.

Unfortunately, Lada doesn’t reveal technical specifications of the e-Largus, though Russian media is reporting it will be offered in five- and seven-seat passenger versions, as well as a cargo panel van. According to some sources, the range between two charges could reach up to 250 miles (400 kilometers), though this number is unofficial and sounds a little too optimistic to us considering the old ICE platform.

Lada has confirmed officially that next year it will launch a fleet of prototypes to carry out validation tests before the electric wagon is ready to go into production. For the time being, it is unknown when the e-Largus will hit the assembly lines, though. Taking into account the few details revealed by the brand, it would not be surprising if a market launch is scheduled for 2024 at the earliest. 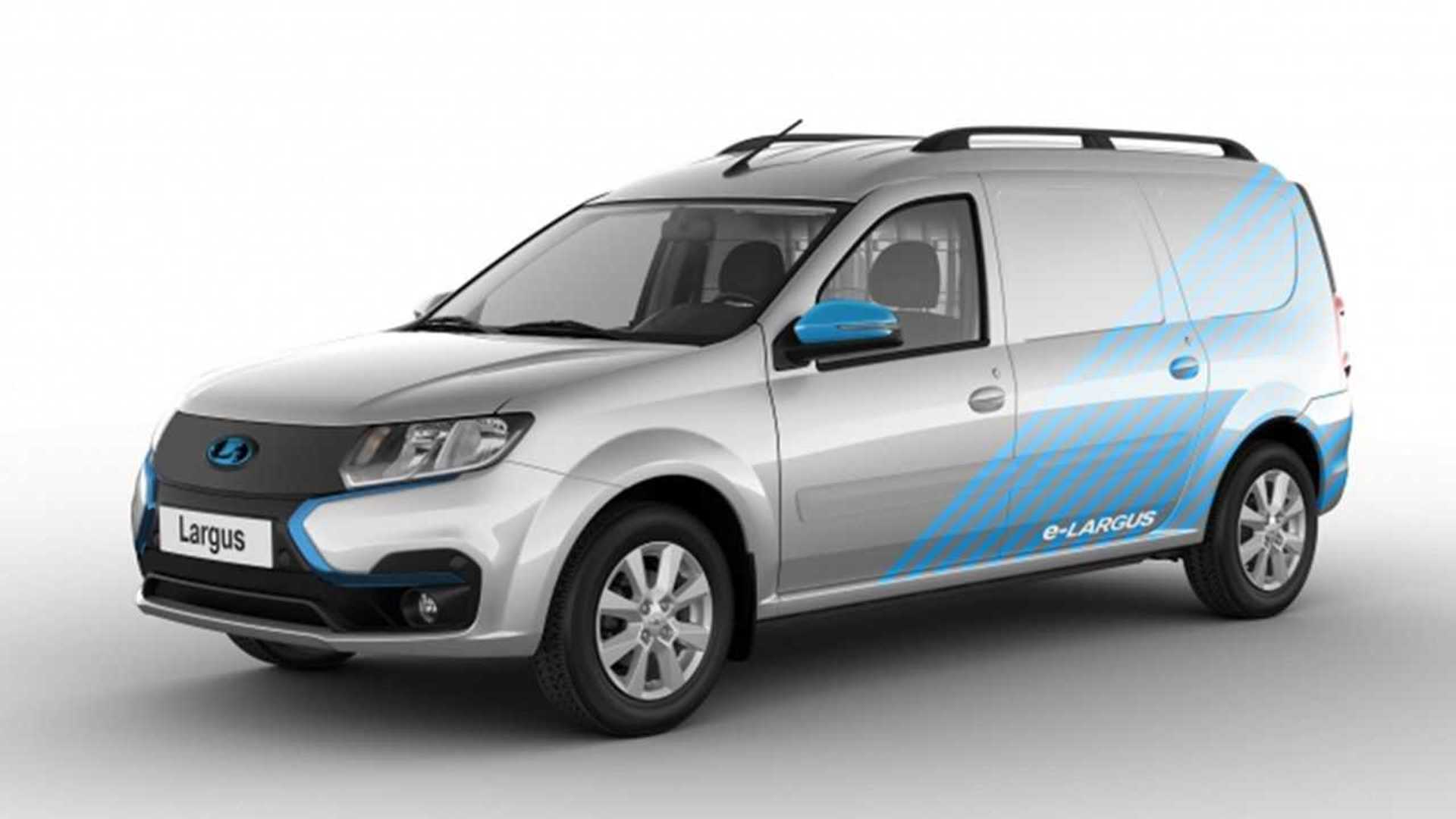