The German company will build just five of them for the equivalent of $465,000 each.

The vast majority of BMW X6 drivers never take their coupe-inspired SUV off-road unless it accidentally climbs a curb in the suburbs. However, the German tuner Manhart took on the challenge of turning an X6 into a go-anywhere machine, and the result was the new MHX6 Dirt² Concept. The firm has announced plans to build five of these hardcore rigs.

The MHX6 Dirt² takes the current X6 M as its starting point. Manhart then tunes the engine to a gargantuan 888 horsepower (662 kilowatts) and 885 pound-feet (1,200 Newton-meters) of torque. The upgrades to make this possible include new pistons, connecting rods, and revised turbos. A strengthened gearbox and rear axle are there to handle the extra power. An improved cooling system keeps things running even in warm climates. Plus, the dual air intake snorkels rising out of the hood provide both a visual flourish and makes wading through deep water less of an issue.

While the boost in power is nice, it does nothing to boost the X6's off-road ability. For better work off the streets, Manhart installs a suspension from KW that improves the ride height. The SUV rides on set of 21-inch wheels with knobby BF Goodridge tires, and better brakes keep the speed under control.

The MHX6 Dirt² has body upgrades to handle going off-road, too. Underneath, panels protect vital mechanical components. An exterior roll cage protects the roof during rollovers and functions as a mounting point for the full-sized spare. A big brush bar guards the front end, and a winch can haul the SUV out of the muck if it's stuck.

Manhart isn't hiding that it expects ultra-wealthy clients in the Middle East to be the prime customers for the MHX6 Dirt². The five units each carry a base price of 395,000 euros ($465,000 at current exchange rates), and the company requires six to eight months after each order to build the hardcore off-roader. 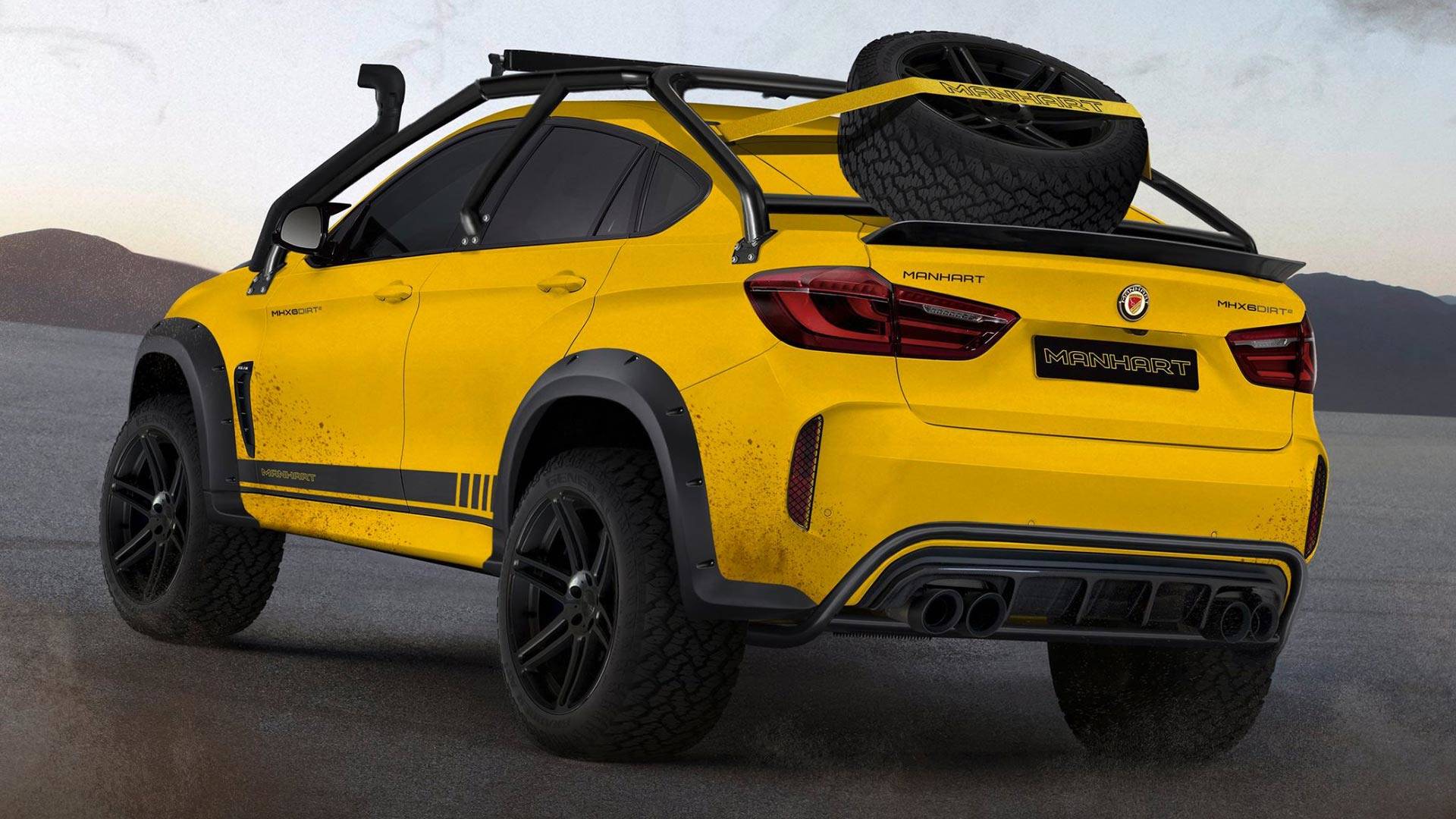