FordFord FocuspoliceUK
The two fast Fords will be tested by a number of police forces across the U.K.

Police forces nationwide in the United Kingdom are set to trial two new high-performance Fords – the Ranger Raptor and Focus ST – with a view to them joining the police fleet.

The Ford Performance vehicles will be tried out by a number of police forces across the U.K., with South Wales Police among the first to try out the cars. The vehicles, which have been prepared by Ford's Special Vehicle Preparation team, in Essex, feature full police livery with all-round emergency lights and sirens.

Ford says the Ranger Raptor, which is designed for extreme high-speed off-roading, "may prove to be the perfect tool to access some of the U.K.'s most rural locations". The Raptor is expected to find employment as an off-road pursuit vehicle, and Ford says it has "more than enough to keep up with criminals making a getaway across gravel, mud, and sand".

On paper, the Ranger Raptor's performance figures aren't all that impressive. The 2-liter diesel engine provides a top speed of 105 mph (169 km/h), which makes the car slower than a mid-range VW Polo in a straight line, but it offers unparalleled off-road capability. That's provided by Fox shock absorbers and a Baja desert race mode, as well as stronger bodywork to withstand flying rocks. Add in chunky off-road tires, underbody protection and clever traction control, and the Raptor is capable of the sort of feats usually only seen in the Dakar Rally.

At the same time, police forces will also evaluate the Focus ST wagon for use as an on-road pursuit vehicle. That car, which comes with a 2.3-liter turbocharged gasoline engine and a top speed of 155 mph,(250 km/h) is far more suited to on-street car chases with criminals trying to evade justice.

It's aided in that mission by much the same engine you'll find in the 2.3-liter Mustang or the old Ford Focus RS. Unlike those models, though, it's tuned to produce 276 horsepower, as opposed to the 286 seen in the current Euro-spec Mustang and 345 hp found under the hood of the old Focus RS. That's still enough for a 0-62 mph (0-100 km/h) time of less than six seconds, though.

If the two newcomers are selected to enter full-time police service, they will join a long line of Ford police vehicles, which includes the Escort, Capri and Focus, as well as the Transit van. The company also has police vehicles in its homeland, with the Crown Victoria, F-150 Responder and Interceptor SUV all serving US police departments. 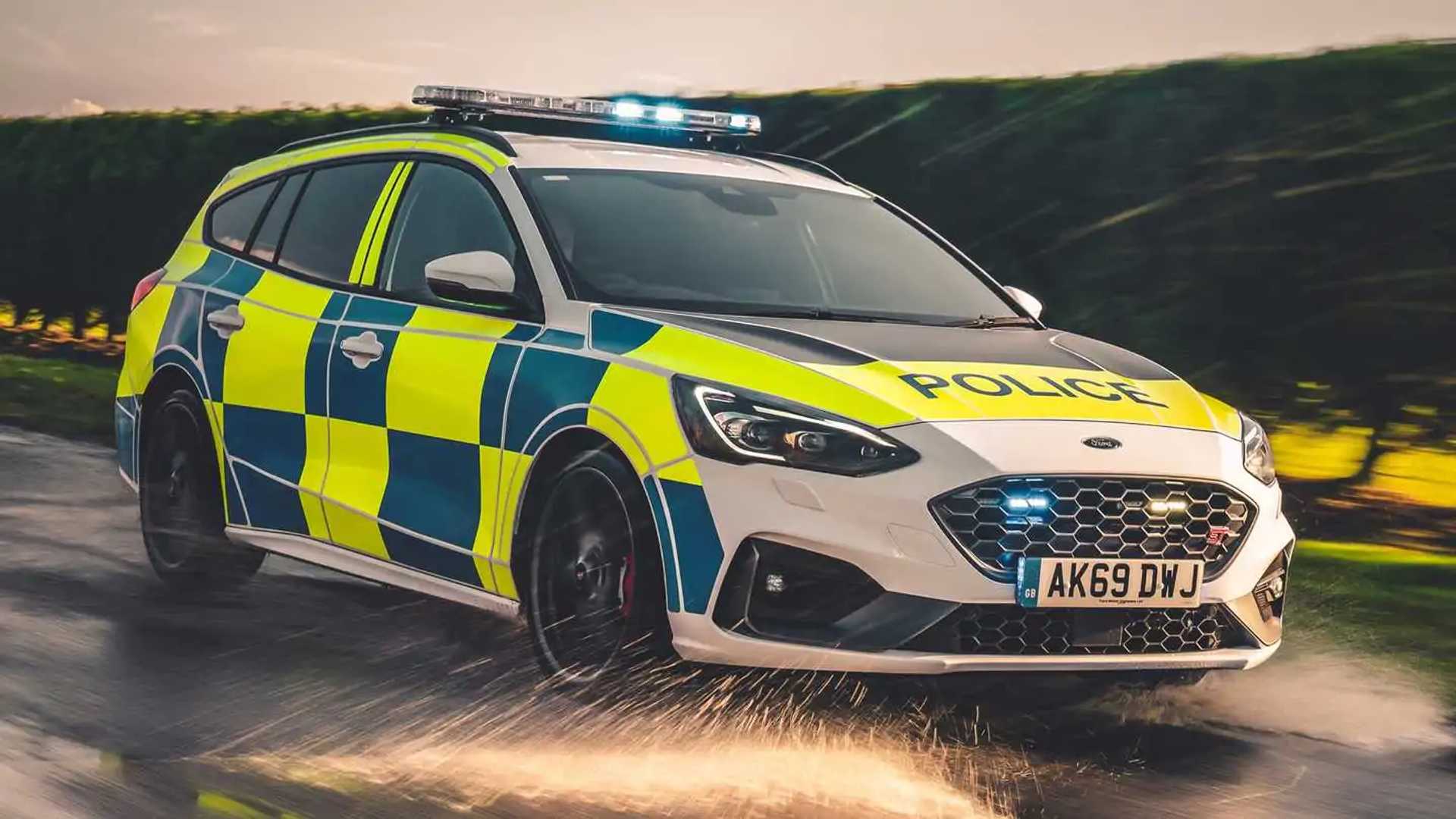