The success of the first Dacia Duster probably caught even Renault by surprise.

Crossovers hadn't taken off yet, and they based the car on a really old Clio platform, giving it rudimentary engines and features. It shouldn't have worked!

But it did, first in Europe, but soon followed by the rest of the world. There's a Renault version in Brazil, another one in Russia and Nissan even has its version called the Terrano. Unless we're mistaken, the Duster is currently the best-selling model of the automotive alliance.

Nothing is inspiring about the first Duster, which feels like it's made from recycled tin cans and old socks. Yet these affordable models of transportation have a habit of inspiring the creativity of people young enough not to be able to afford anything else.

That's not the case with 3D designer and animator Rostislav Prokop, who owns a nice 1994 Mitsubishi Galant. But since crossovers are the rage right now, he decided to render a Duster race car anyway. Or is this a drift car?

The digital build features much bigger fenders, flared out to make room for extra rubber. The stance has been changed to that of a track-ready machine, which means the aero bits can actually put in work and reduce the amount of lift. Around the back, we spot a giant wing that looks like it means business and dual exhaust tips that make you wonder what's under the hood.

The engine would have to belong to Renault or Nissan, so maybe a 2-liter turbo like in the Megane RS or even a GT-R V6 like in the Juke-R.

We wondered if anything like that had been built and remembered two such machines from about ten years ago. There was a Duster ice racing machine, often driven by Alain Prost. Also, a version with even more downforce was created for the Pikes Peak Hill Climb, and you can check out both in the videos below. 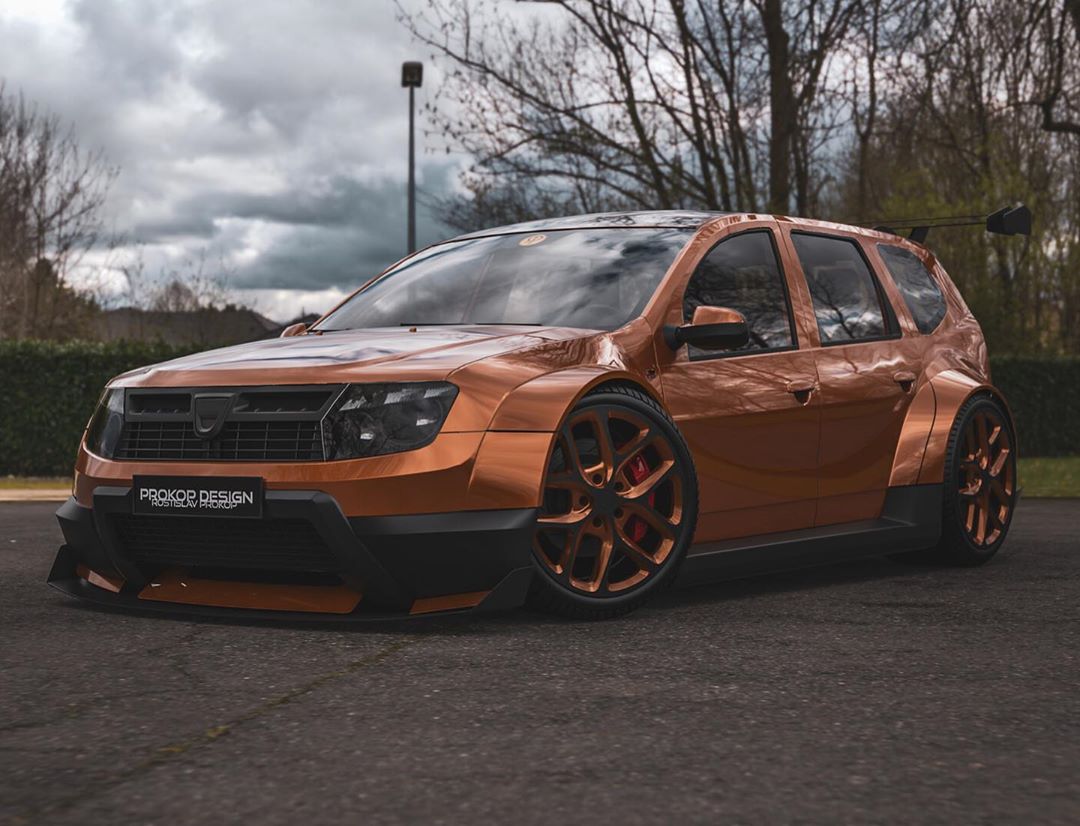 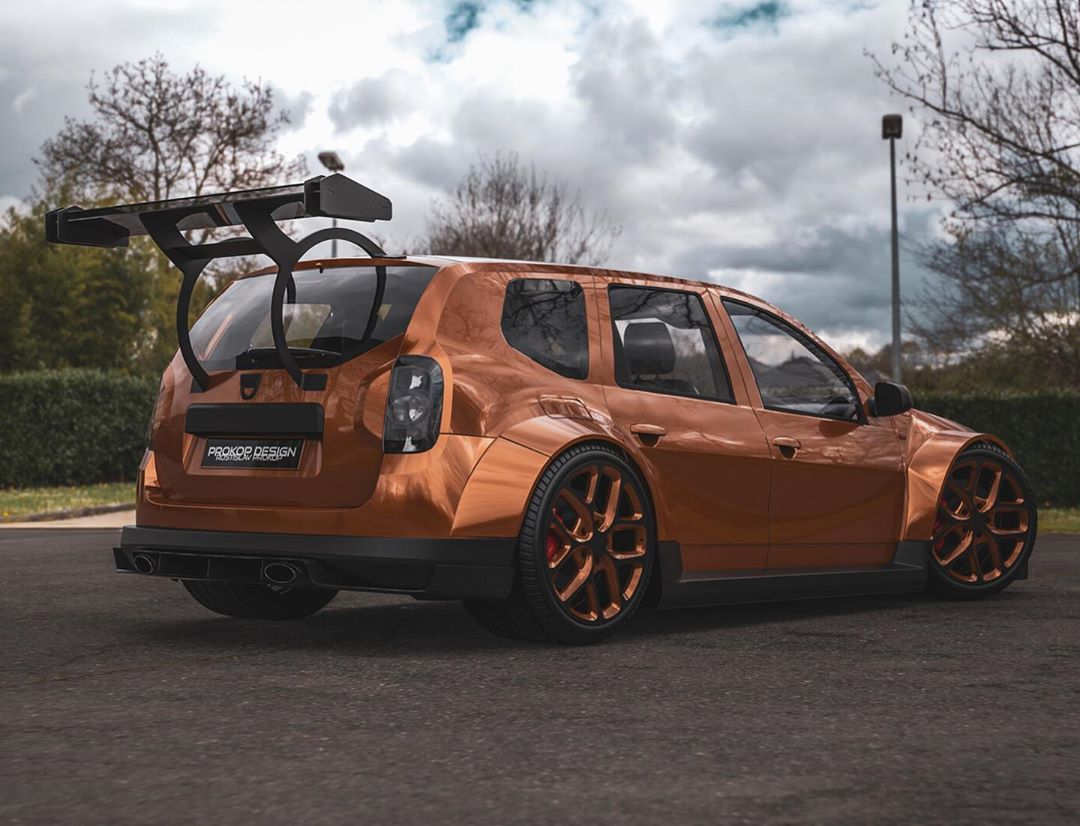