Mercedes wasn't kidding around when it promised a "big surprise" at this year's Monterey Car Week. An open-top, all-electric stunner, the Vision Mercedes-Maybach 6 Cabriolet is a convertible in the vein of the hardtop by the same name that was shown at last year's Pebble Beach Concours d'Elegance.

The Vision 6 Cabriolet is, like its predecessor, an art-deco-inspired, neck-snappingly attractive car. Nineteen feet long and riding on 24-inch wheels, its hood appears to go on forever and its tail tapers dramatically to a point. An enormous chrome grille defines the car's face, with tiny slits for headlights. The car's rear is described as a "boat tail," going hand-in-hand with the Nautical Blue Metallic name for this paint color.

Move inside and things are equally fabulous. The Vision Cabriolet 6 has two seats, and the interior is designed on a "flowing" design mantra. That means a wing-like center console, wrap-around ambient-lighting elements, and door panels that appear to blend into the seats themselves. Each of those blue lights you see in the cabin? It's a small backlit Mercedes pointed-star logo.

Instead of the digital displays in most modern Mercedes cars, there are retro, analog touches, like the twin round instrument binnacles perched atop the steering column. After all, the company says, "the designers are responding to the need of people to experience analogue luxury in what is an increasingly digital world." For those drivers and passengers who still need more information, "main driving functions" and navigation information are projected via two head-up displays onto the windshield.

There are four synchronous electric motors, one at each wheel, to provide 750 horsepower (550 kilowatts) of locomotion. Beneath the car's floor is a massive battery pack that, when connected to a 350-kw CCS fast-charger, can add 60 miles (100 kilometers) of driving range in just five minutes.

Thanks to that battery pack, total driving range is over 200 miles (322 kilometers) – or as much as 500 km (311 miles) under the slightly more optimistic New European Driving Cycle test. Either way, it's no slouch: the company says that the sprint to 60 miles per hour happens in "under" four seconds, while the top speed is electronically limited to 155 mph. Those figures match what Mercedes claimed of last year's Vision 6 coupe.

Like last year's coupe, this Vision 6 Cabriolet is merely a concept but offers a thought-provoking take on how the Maybach model range could expand in the coming years. 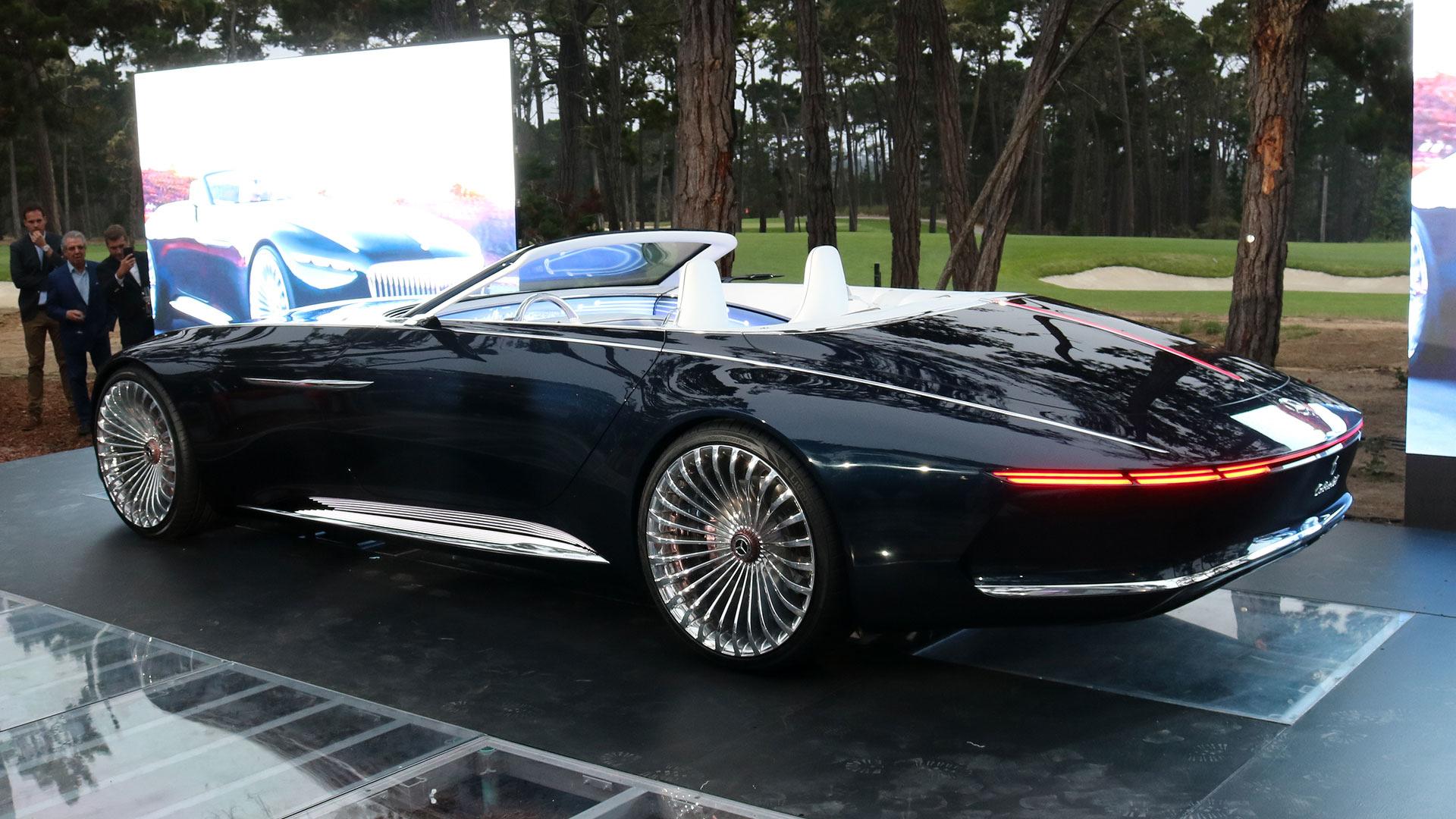 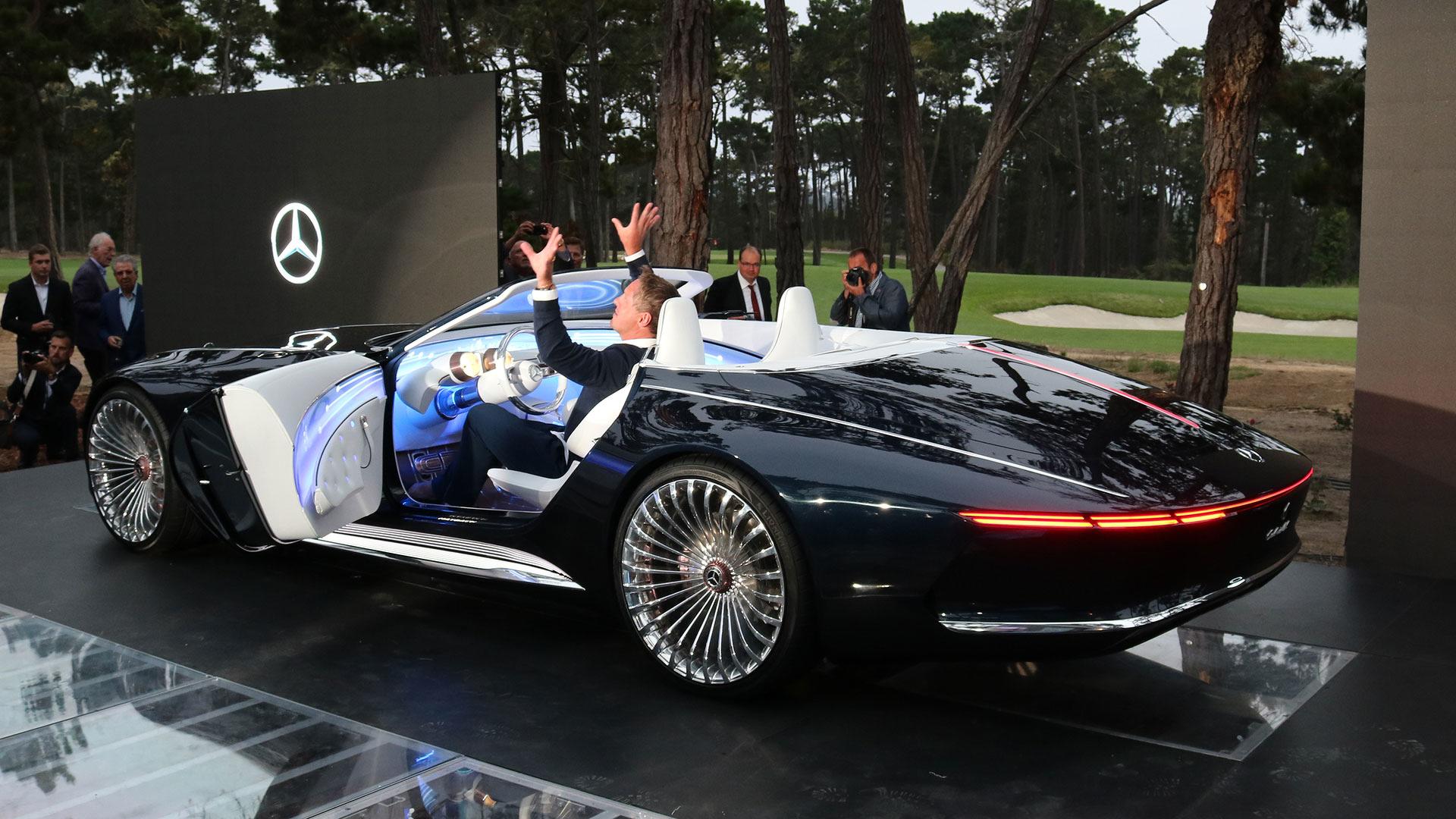 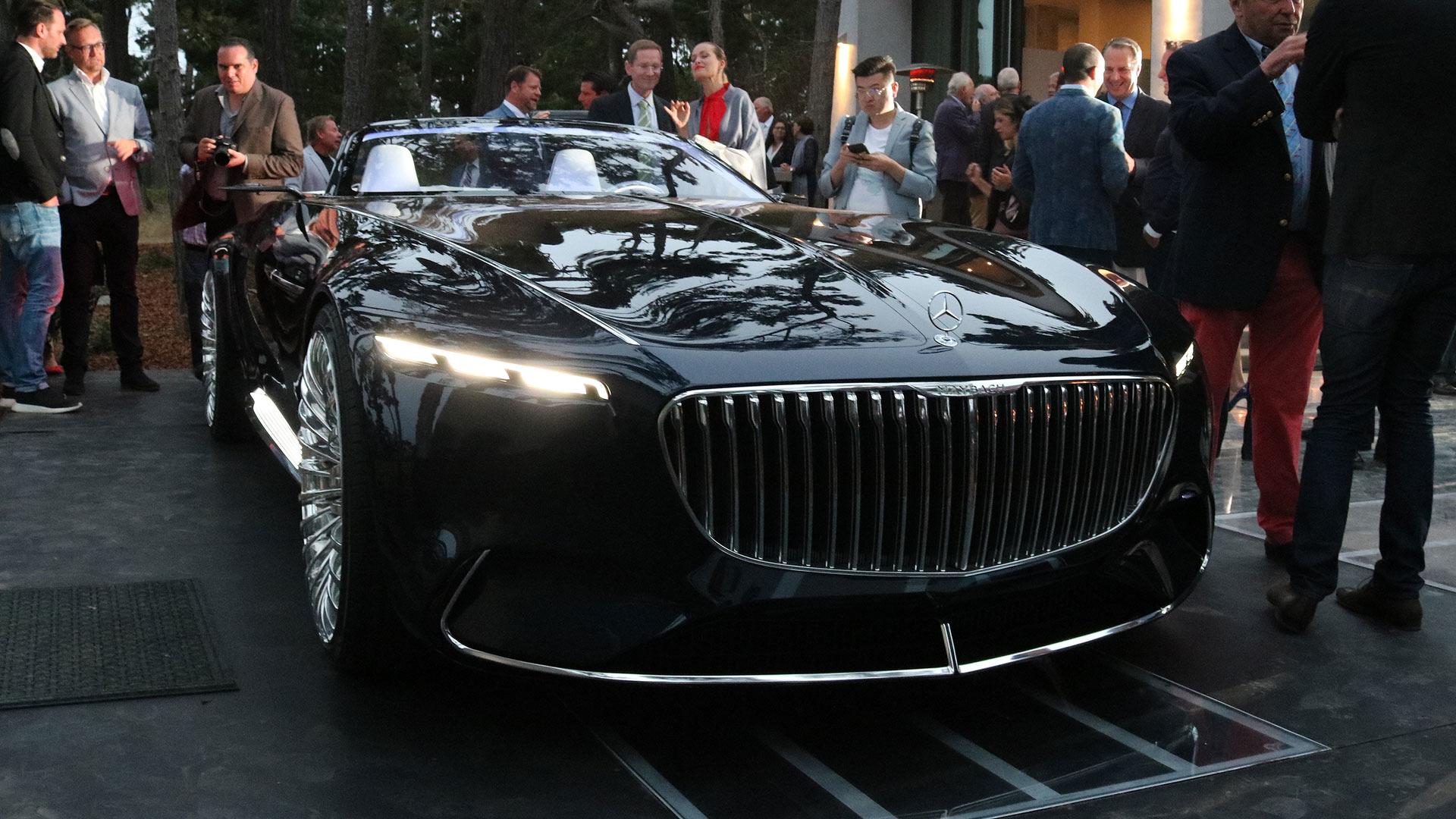