ToyotaToyota Rav4
There are no performance upgrades, though.

Toyota rolled out the RAV4 Prime late last year, and its aftermarket components division Modellista is already offering parts. Modellista is offering both interior and exterior upgrades that spice up the Prime's already chiseled styling. However, those looking to make Toyota's second-fastest on sale today, behind the Supra, even faster will have to look elsewhere. These only enhance the crossover's appearance.

Exterior upgrades are simple yet effective. The Modellista Aero Parts Set includes a front splitter, side skirts, and rear splats. The Cool Shine Kit adds bright garnishes to the grille, headlamps, and hatch. There's also a 20-inch wheel and tire set available. Interior aftermarket parts are kept to a simple LED lighting that upgrade to the foot, lift gate, and room lamps. The lack of any performance upgrades may disappoint a few, but its performance is still impressive.

Toyota paired its 2.5-liter four-cylinder with two electric motors for a total combined output of 302 horsepower (225 kilowatts). Toyota claims the beefy crossover – it tips the scales at over two tons – can sprint to 60 miles per hour (96 kilometers an hour) in an impressive 5.7 seconds. That's impressive for such a portly machine, though the instant torque from the electric motors certainly helps. It has enough power to beat the 301-hp (224-kW) Toyota Camry in a drag race.

Modellista's available upgrades are minor but do add some visual pizzazz to the Prime. Demand for the new crossover is high, too, with Toyota only building 5,000 for the model's first year. Pair that with a demanding customer base, and you'll understand why some dealers are adding up to $10,000 to the Prime's MSRP. While production is limited for now, the Prime's sales could go gangbusters once that changes, making those upgrades from Modellista that much more important when you're trying to find your Prime in the grocery store parking lot. 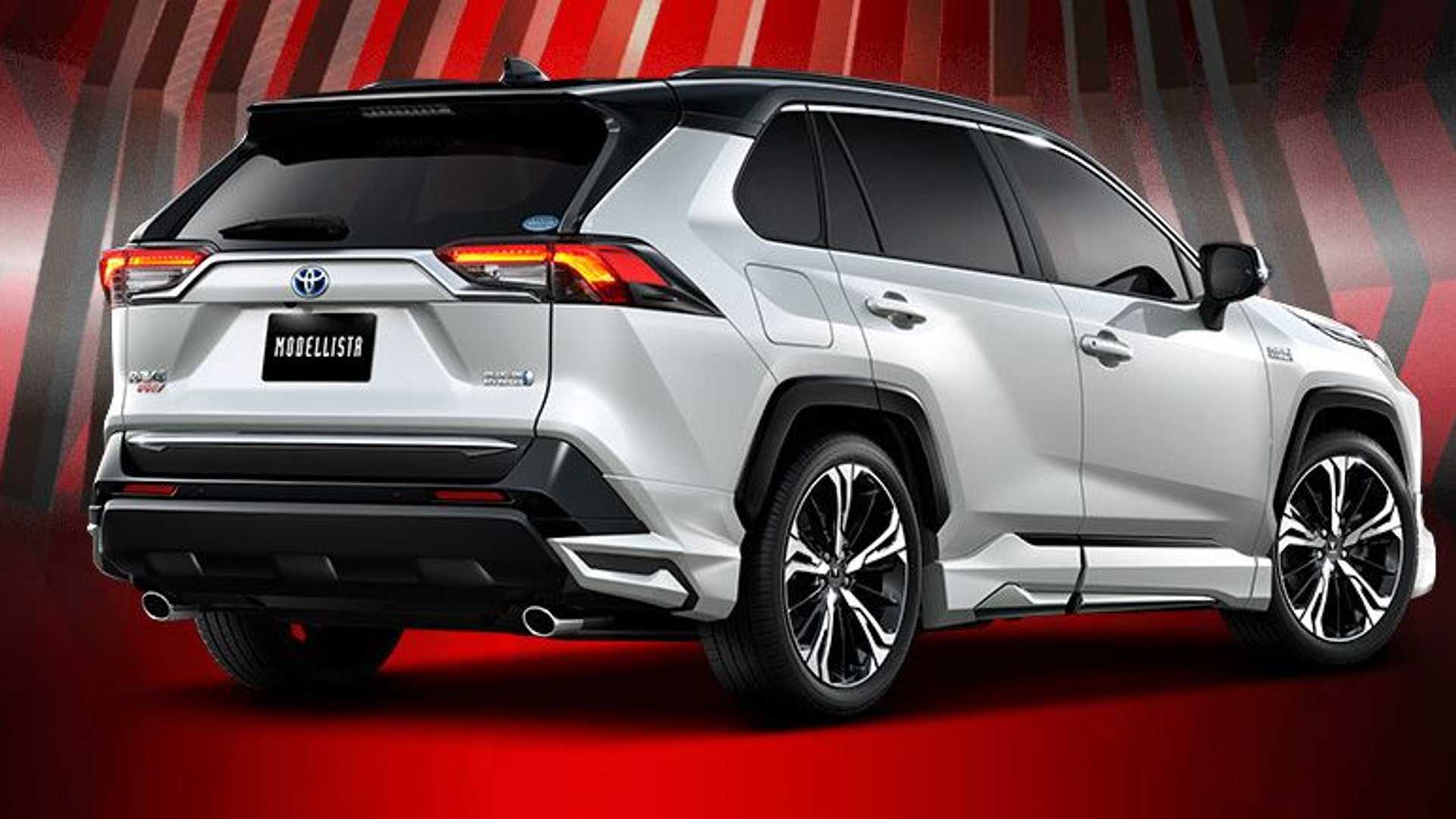