Renault Kadjar Facelift Caught Inside And Out During Refueling

The camo should drop just in time for the Paris Motor Show in October.

The Renault Kadar facelift has been spotted a couple of times already, but this time we are being given the opportunity to have a look inside the cabin where the compact crossover will be going through some changes. The first thing you will probably notice will be the updated center console with three fairly large knobs featuring silver dials and completely black centers.

If you're wondering why the rotary knobs don't have anything any icons in the middle to denote what the buttons do, it's because we assume there are built-in tiny screens akin to the more humble Dacia Duster. As a matter of fact, these look very much the same as those of Romania's budget SUV, which is hardly a surprise considering Renault controls Dacia and the two automakers share a great deal of components to keep the costs down.

That Lenovo ThinkPad laptop on the front passenger's side appears to have a sticker that says Getrag, which might be a sign the Kadjar prototype was being tested with a new automatic gearbox set to be offered with the model's mid-cycle refresh.

Stepping outside of the vehicle, the nip and tuck remains mostly hidden underneath the camouflage, but even so we can see Renault has tweaked the front grille as well as both bumpers. The more angular fog lights come to replace the current model's round clusters, while the headlights and taillights seem to be virtually unchanged.

Renault will probably host the official premiere of its updated Kadjar at the beginning of October during the Paris Motor Show or a few weeks sooner on the Internet. Expect a more powerful 1.5-liter turbodiesel shared with the aforementioned Duster and the newly developed 1.3-liter turbo gasoline unit co-developed by the Renault-Nissan alliance with Daimler. A hotter Kadjar RS could be added to the range at one point if we were to rely on the rumor mill, and it might have been spotted a while ago when a Kadjar prototype was seen undergoing testing with four-wheel steering. 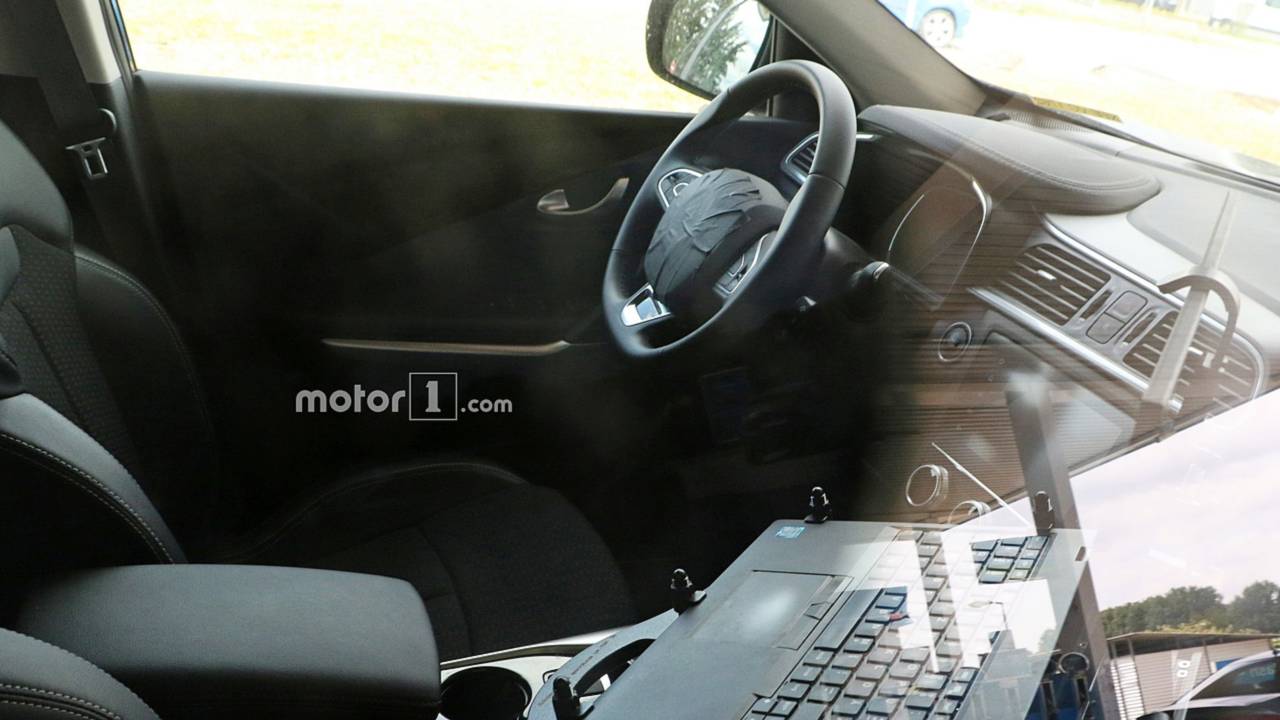