Porsche Macan EV Spied Inside And Out After Prototype Breaks Down

You can run but you can't hide. Actually, it wasn't able to run in this case.

We first heard about the Volkswagen Group's Premium Platform Electric (PPE) back in 2017 but it wasn't until early 2019 when Porsche announced the next-generation Macan would be the first to use these underpinnings. To be followed shortly by the Audi Q6 E-Tron, the first electric crossover from Zuffenhausen was recently spotted during cold-weather testing while experiencing some technical issues.

To be sold exclusively with an electric powertrain, the all-new Macan broke down at a charging station for reasons which remain unclear at the moment. Upon noticing the spy photographers, the Porsche team decided to act fast and cover up the malfunctioned prototype, but not before one of the men with the camera took a shot of the dashboard. It was back on the road after about four hours, crawling back to the garage at low speeds.

Other than the fully digital driver's display, there's not much to see on the inside. However, in a couple of spy shots, we do notice the Macan EV has frameless windows. It's the exterior we are finding to be more interesting for a number of reasons, aside from its hilariously fake front grille and dual exhaust tips. It would appear the typical four-point LEDs will serve as the daytime running lights and turn signals, with the main low and high beams mounted lower on the bumper.

The prototype appears to be a mishmash of bits and bobs from the current gasoline-fueled Macan and its electric successor expected to adopt a fresh new name to distance itself from the ICE model. The latter will supposedly bow out in 2024 and leave the EV as the sole offering. Meanwhile, there's still a lot of work that needs to be done ahead of the electric model’s debut in 2022.

A closer look at the prototype's rear shows an active spoiler doing its thing. The mechanism is mounted within the tailgate where the electric Macan likely hides an LED light bar. Even though we can see the third brake light does not extend to meet the taillights, it could be because the vehicle had a provisional setup used only during testing.

Developed by Porsche and Audi, PPE will serve as a more sophisticated alternative to the VW Group's ubiquitous MEB platform. Some of the most important advantages the new dedicated electric platform will bring include air suspension, rear-wheel steering, torque vectoring, and a charging speed of up to 350 kW thanks to the 800-volt setup.

The standard trim levels of a PPE-based model will make do with a rear-wheel-drive layout courtesy of a single electric motor mounted at the back. More expensive ones will add a front motor for extra power while enabling AWD for better traction. The electric motor at the front axle will kick in whenever necessary. Otherwise, it will be turned off to boost efficiency.

PPE will be used not just for the Macan and Q6 crossovers, but also for a variety of body styles that will include wagons, liftbacks, and larger SUVs. Another confirmed PPE-based model will be the Audi A6 E-Tron Sportback previewed by a concept earlier this year. 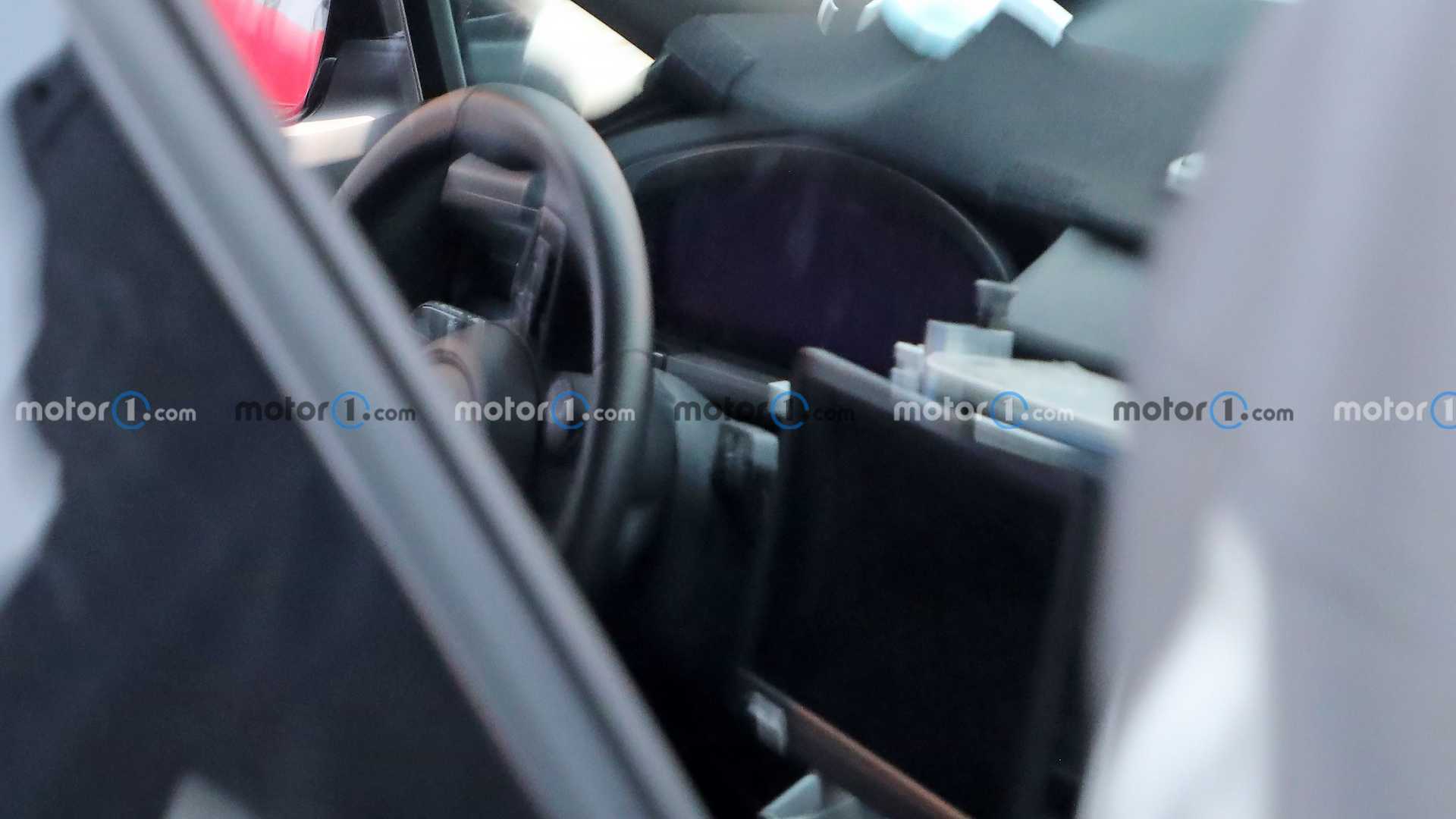