LadaMercedesNiva
Does combining two famous off-roaders result in the best rock crawler ever?

What happens when the rugged aesthetics of the Mercedes-Benz G-Class and Lada Niva come together to create a new machine? Designer Aleksandr Isaev's imagination and his skill with Photoshop let us see the answer in a new rendering. Naturally, he calls it the G-Niva. Whether you like the look or not, there's no doubt that this SUV catches the eye.

While they both offer off-road driving ability, the Niva and G-Class have an extreme price disparity. The entry-level version of this rugged Lada currently retails in Russia for 503,910 rubles ($6,768 at current exchange rates). Meanwhile, the base G550 in the United States goes for $130,900.

Isaev's design maintains both vehicle's short overhangs, which allows for better approach and departure angles when off-road. He opts for a five-door layout. Although, the Niva is available in both three- and five-door body styles.

Unlike either vehicle, Isaev uses a roof with T-top-style removable panels that leave a small central support in the center when they are off. The B-pillars also appear to be removable. On the passenger side, the rendering shows the upright out of the way and the windows down, which creates a massive open area for fresh-air driving. The driver side has the piece in place and windows closed as a way to see how this fictional SUV looks with everything in place.

The front end has more styling cues from the G-Class by wearing the Mercedes star on the grille. The rectangular lamps ahead of the headlights come straight from the Niva, though.

The rear's aesthetic is more like the Lada because of the angled shape of the rear hatch, rather than the Mercedes' boxier proportions.

Inside, Isaev's uses a modern cabin that's more like what you'd find in the G-Class with a pair of digital screens. This is in contrast to the Niva's simple surroundings with mostly analog gauges and controls.

As a rendering, the powertrain for this vehicle doesn't really matter. However, most folks would probably rather something like this to have the 4.0-liter twin-turbo V8 from the G-Class, rather than the Niva's 1.7-liter four-cylinder engine. 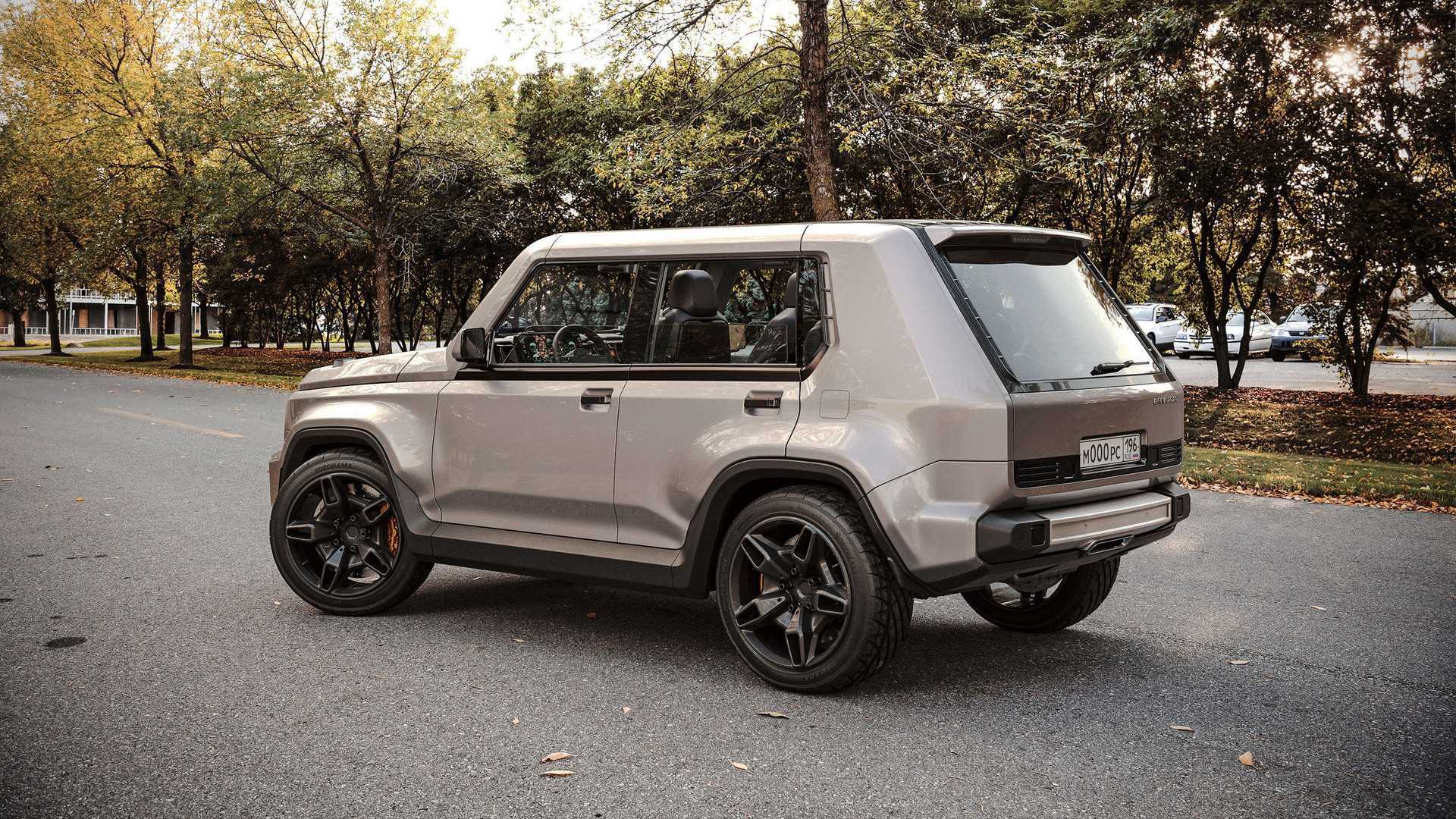 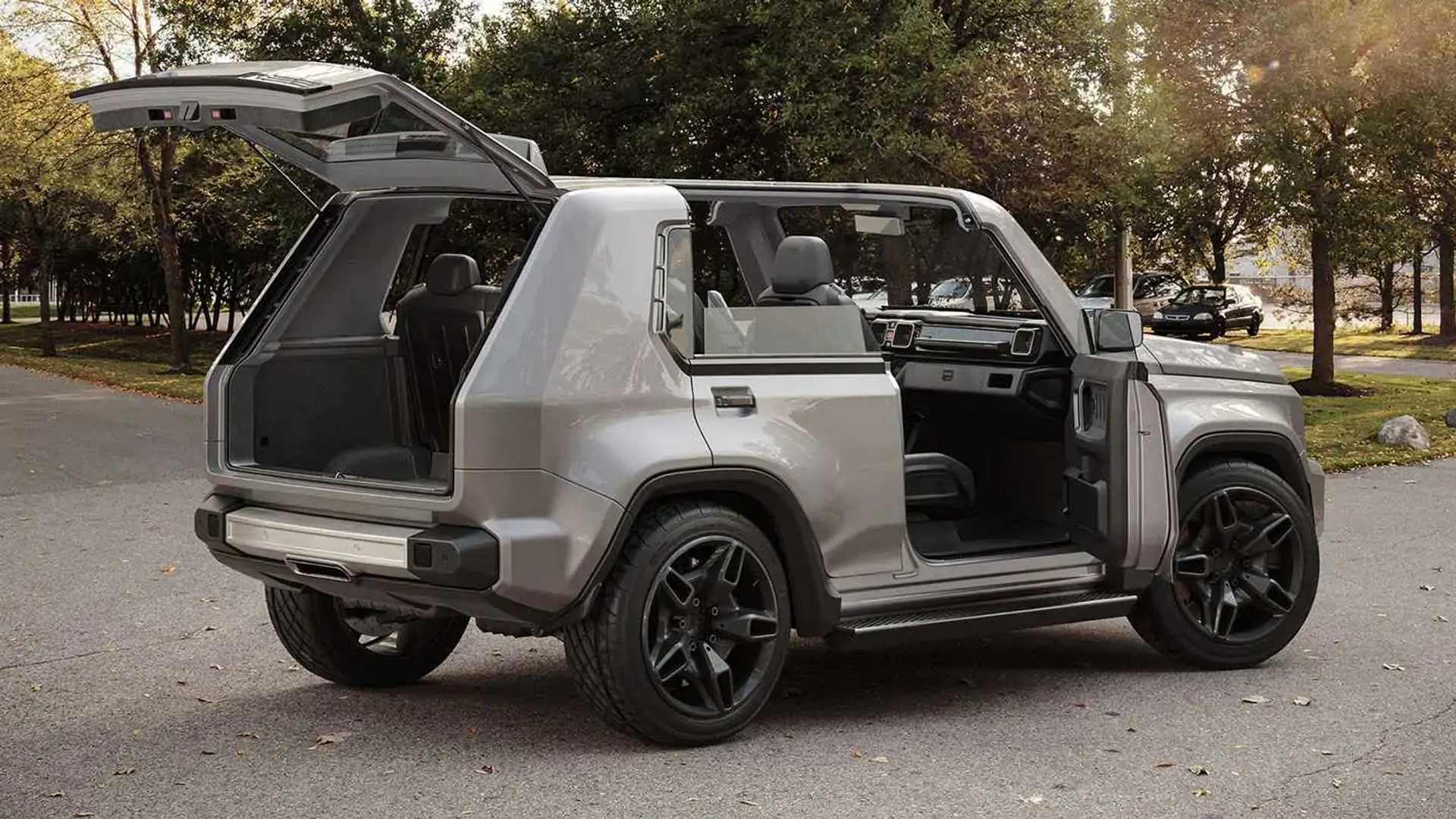 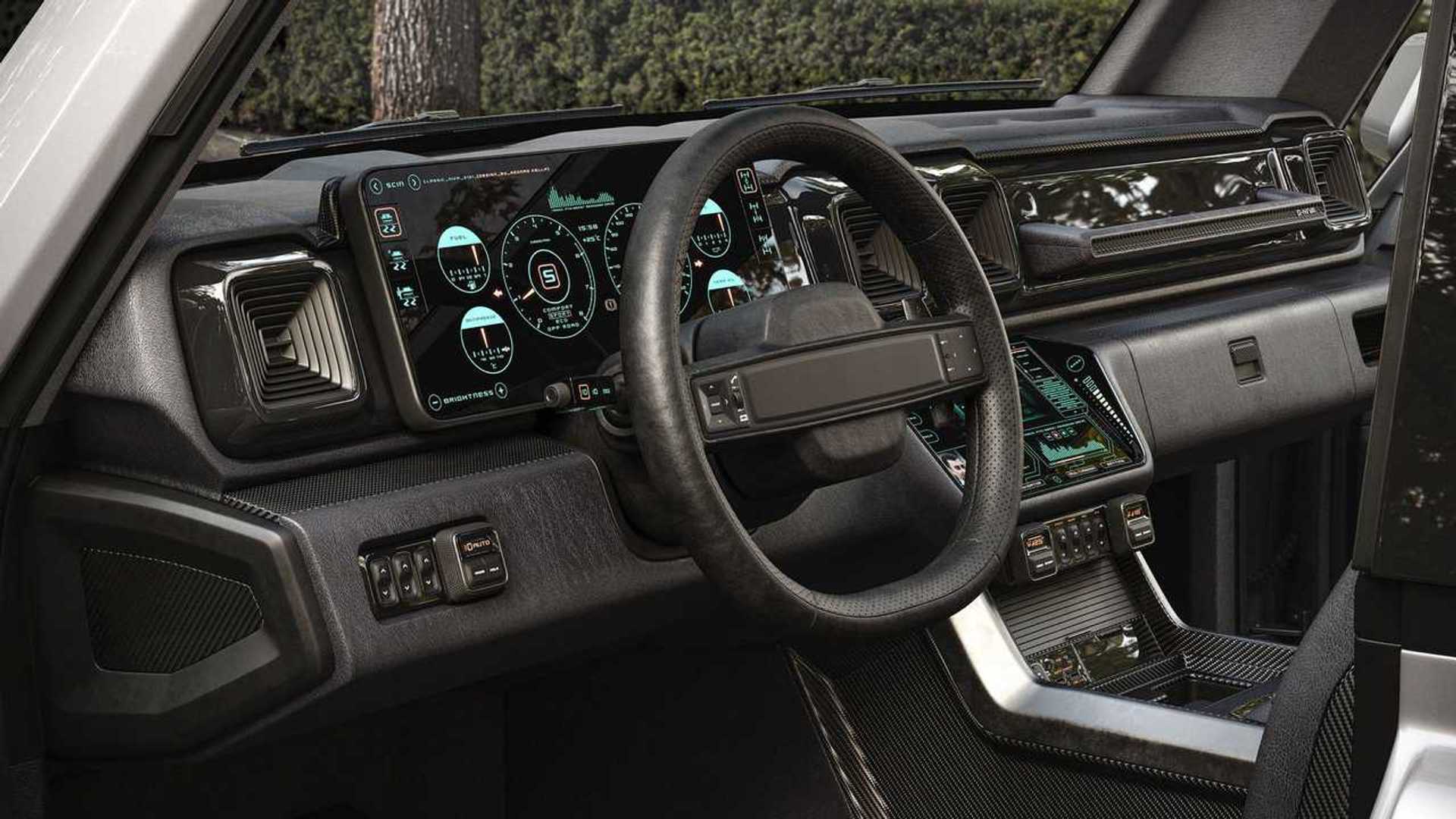