It seems a little gratuitous to make fun of a new car company with lofty ambitions.

But just look at this new luxury SUV from Russia and tell us it doesn't look just like the Rolls-Royce Cullinan. Maybe the Moscow rappers wanted some locally-made bling.

By now, you've probably heard of the Russian luxury automaker Aurus Motors. The company makes the Sedan S600 sedan, the L700 limo, and a Japanese-style super-minivan called the Arsenal. We've never driven one, but the features they've installed on these things look genuinely interesting in the few videos we've seen.

And, rather predictably, while the Senat resembles a Rolls-Royce Phantom or some such car, the first SUV from Aurus is a Cullinan copycat. Meet the Komendant, a 4x4 that previously only existed as sketches.

Our spies stationed in Scandinavia have snapped the very first photos of a Komendant prototype wearing full production bodywork. The SUV was on the back of a trailer in Sweden, most likely on its way to a test facility.

Considering Russia already has some of the worst weather in the world, not to mention rough roads, testing in Sweden seems more like a publicity stunt. But we're thankful for this break from the usual of BMWs and Mercedes prototypes.

Considering the "normal" Senat sedan is 5.6 meters long, the SUV model should be a giant even among its peers. For the record, the GLS is about 5.2 meters long and the Cullinan is even bigger.

Just because Russia doesn't play by EU's boring emissions regulations, it doesn't mean this can't be powered by a hybrid engine. The Senat sedan gets about 600 horsepower from a 4.4-liter V8 combined with a 63 hp electric motor. You can expect the same for the SUV, along with the same 9-speed automatic. We should know more in about half a year, when the full reveal happens. 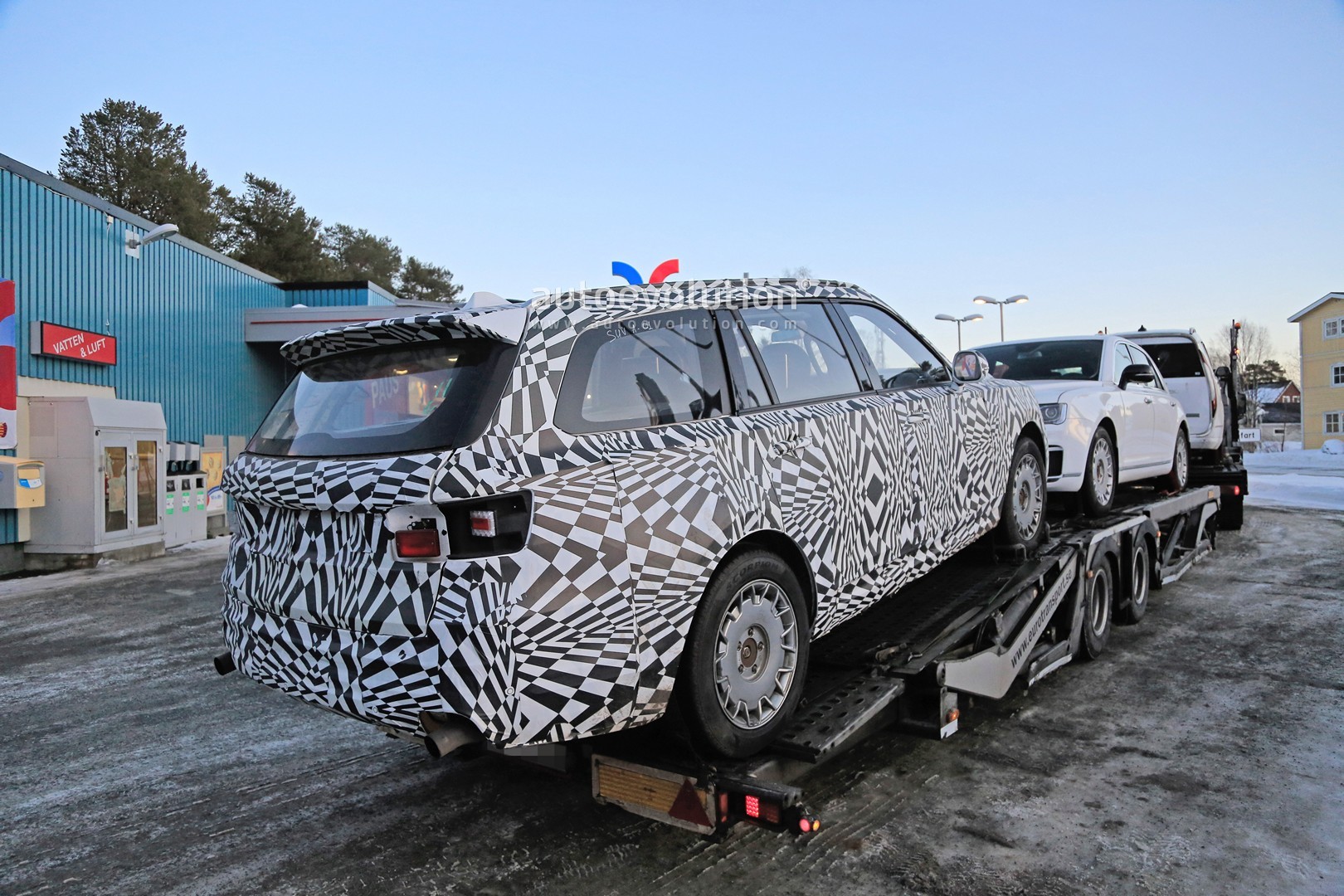