AudiAudi Sky SphereHorch
Audi has a date for presenting at least one of its three concepts from the Artemis project: August 10.

The Sky Sphere concept will appear at Audi’s new design studio in Malibu, California, and Marc Lichte and Henrik Wenders made a video to state it drove inspiration from the Horch 853A, one of the best vehicles designed in the 1930s – not 1920s, as the video states.

Lichte would have chosen the classic luxury roadster due to its perfect proportions. Audi’s chief designer praises them in the video and confirms that the Sky Sphere will be a long and low vehicle. Volkswagen will classify its products based on the same platform (SSP) as flat cars.

Audi is not aiming simply at luxury but rather at “progressive luxury,” an expression both Lichte and the company’s senior vice president repeat often. The “pinnacle” of that strategy would be driving autonomously, and that’s what the concept promises to do.

That’s why Lichte called it a Sports Transformation Vehicle. When the driver is in charge, the Sky Sphere is a sports car. When electronic systems take control, it transforms into an “autonomous lounge,” whatever that means for a vehicle that appears to be so low.

According to Wender, Audi will shape the future through design and services that not even the company can imagine at this point. The Sky Sphere will be part of that effort with its autonomous driving capabilities. Back to the present, what the SSP platform promises is to be prepared for autonomous driving, which is a very different thing.

As Tesla and Elon Musk must have learned by now, pledging to offer technologies that are not even close to being mature is a tricky business. Audi has the excuse of talking about a concept car, for sure. It even put a disclaimer in the video: “The vehicle shown here is a concept car that is not available as a production model.”

Despite that, driving autonomously will be the pinnacle of what Audi named “progressive luxury.” Either the company knows something that we ignore about the progress of that technology or is getting ahead of itself. As a curious note, it also makes us wonder why any sports car owner would want a lounge: if there is one thing they love to do is driving. Audi’s future either ignores that or expects to change how things currently are – and were way before the Horch 853A was conceived. 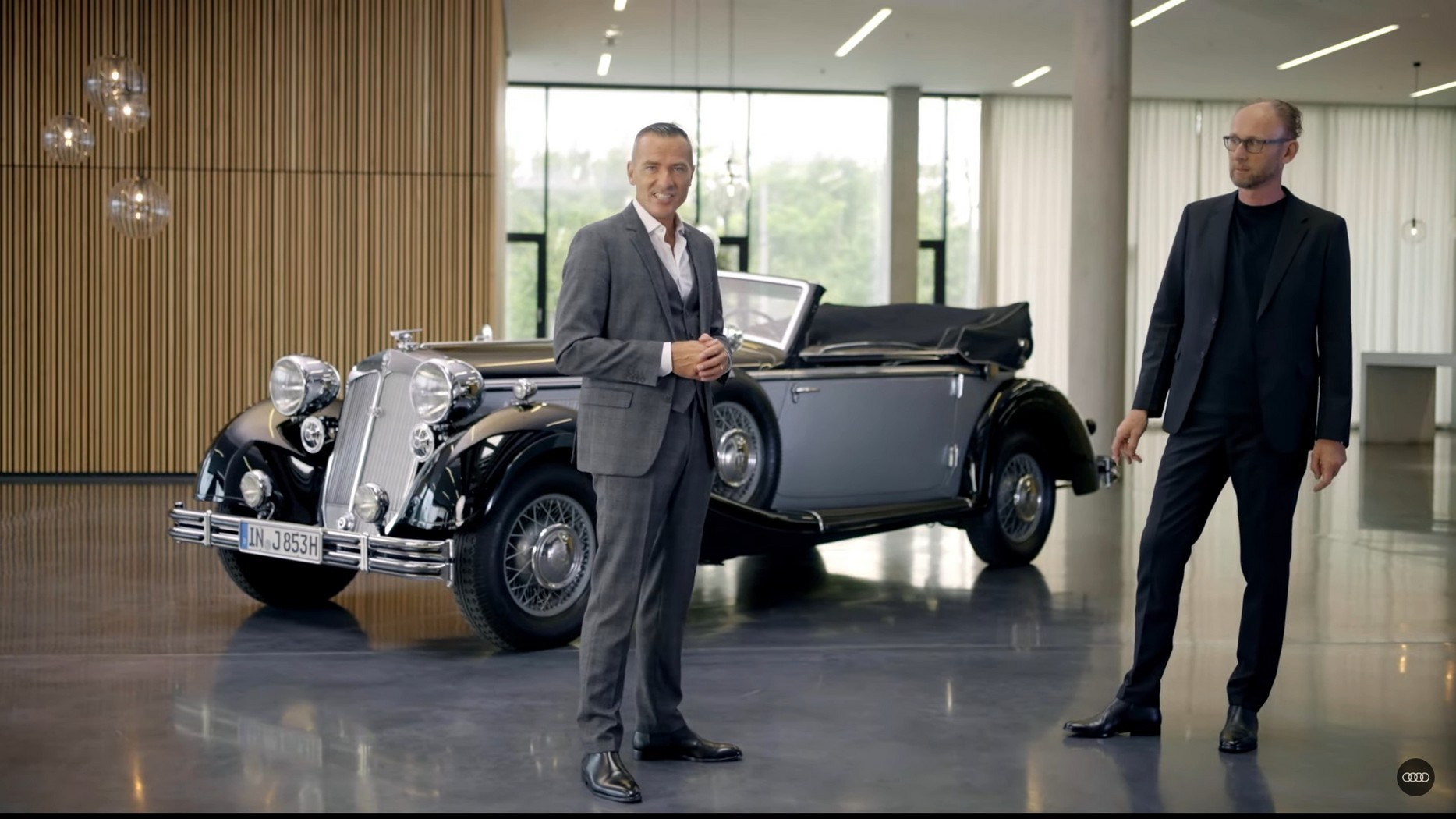