Aftermarket tuner Black Box-Richter is introducing a modified 2020 Audi RS7. It gets a massive performance upgrade over the already potent model that rolls off the factory floor. It also gets a unique two-step wrap that looks like a topographical map laid over the sharp-edged super sedan. The Audi came from Nebulus with assistance from HGP Turbo Retrofitting and 811 design.

The tuner flashed the ECU, removed the top speed limiter, and upgraded the intake with a larger box, a new filter, and large-volume intake hoses. There's an upgraded intake manifold with a larger cross-section in front of the turbochargers, which don't escape without any changes. They receive larger turbine shafts, though the compressors stay the same, reinforced thrust bearings, enlarged turbocharger inputs, and new boost pressure sensors.

The wrap was completed in a two-step process that covered the gloss black metallic exterior. First, the car was wrapped in a black diamond matte. Then on top of that is the silver wrap in a line layout of varying thickness to complete the topographical appearance, which works well on the coupe-like sedan. The wrap process takes about a week to complete.

Few would argue the RS7 is slow. From the factory, a sprint to 62 miles per hour (100 kilometers per hour) takes 3.6 seconds. The nearly 400 extra horsepower should help lower that number and the rest of the sedan's performance specs. The already quick family sedan just got quicker. 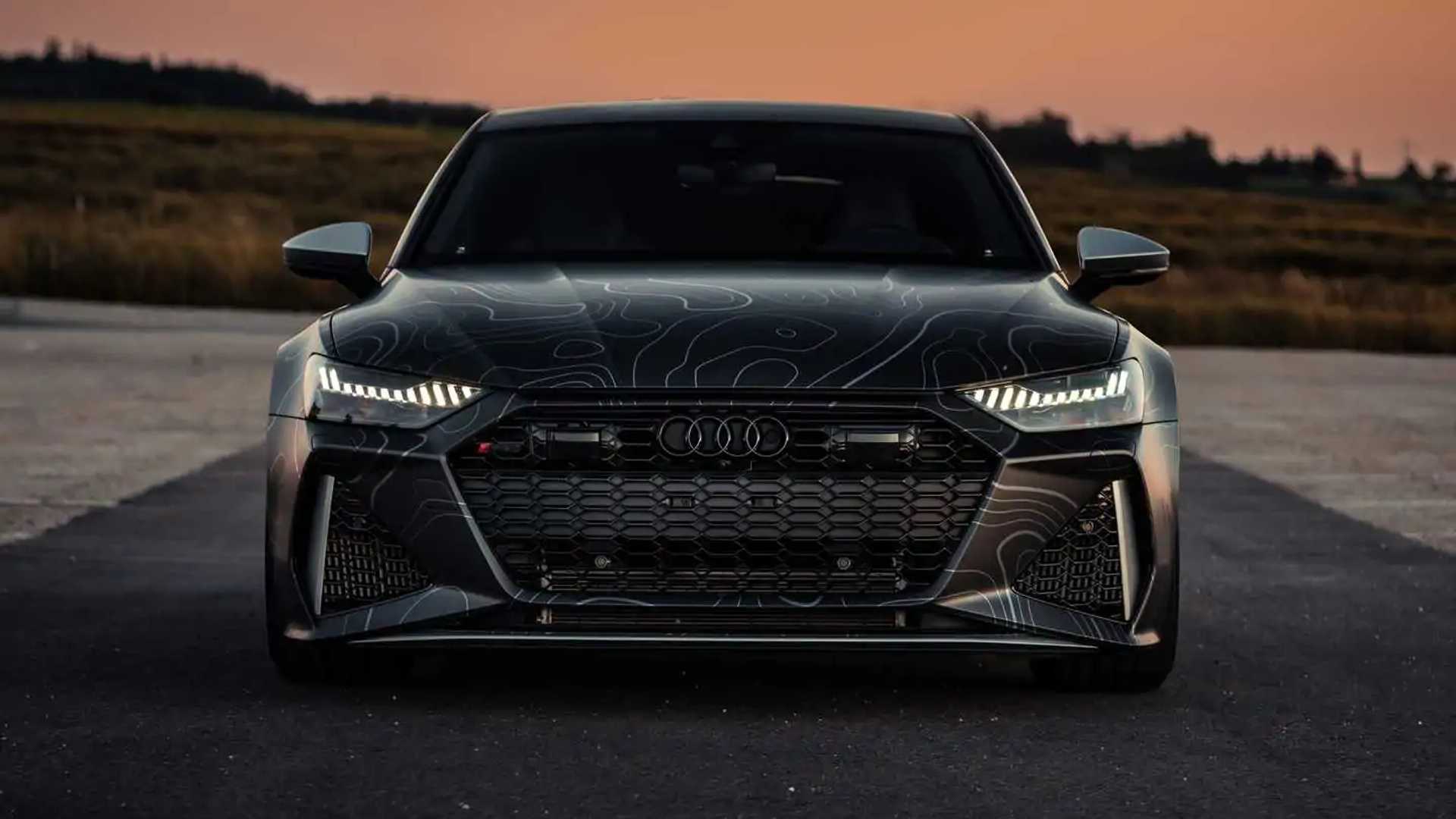 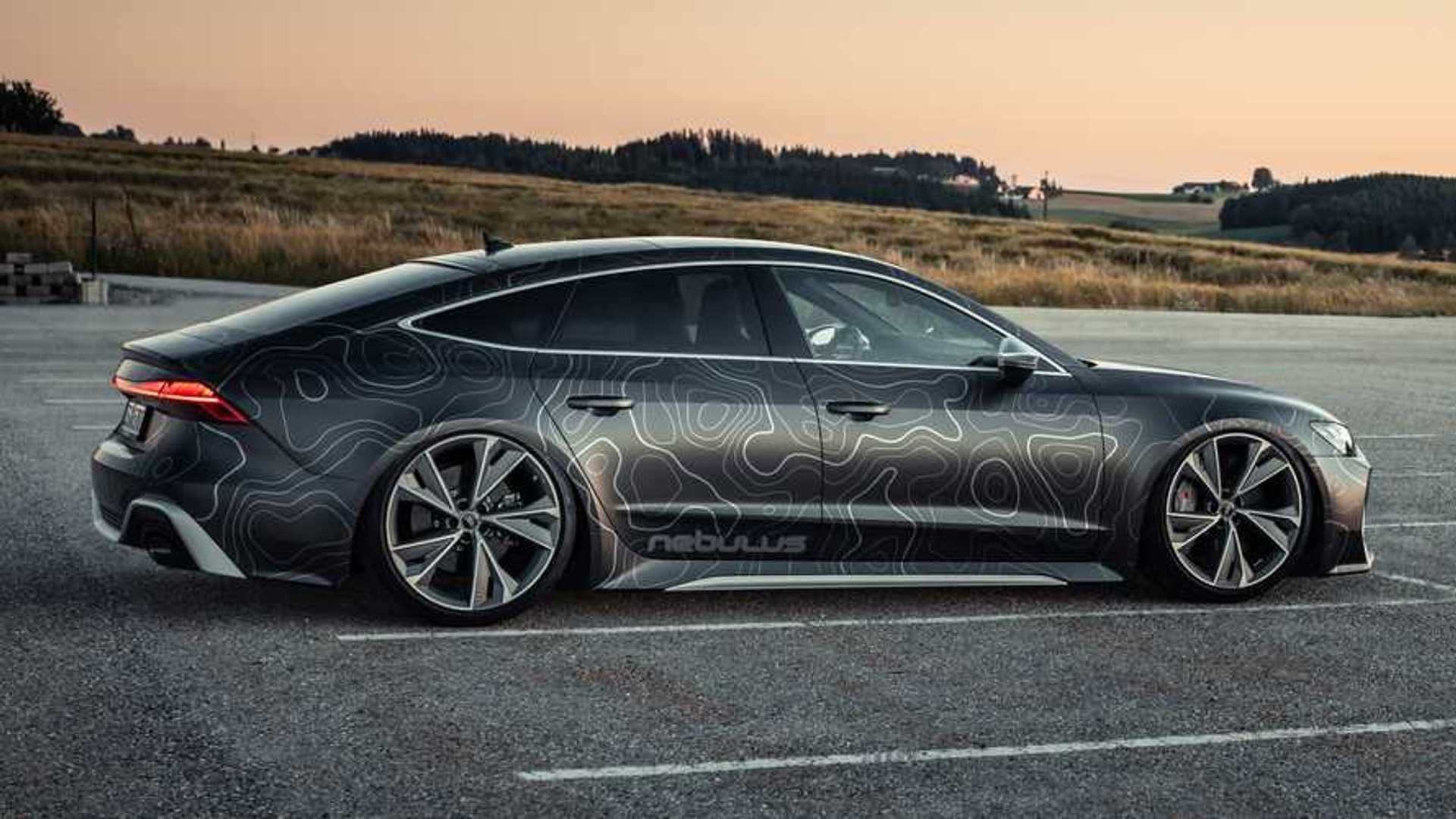 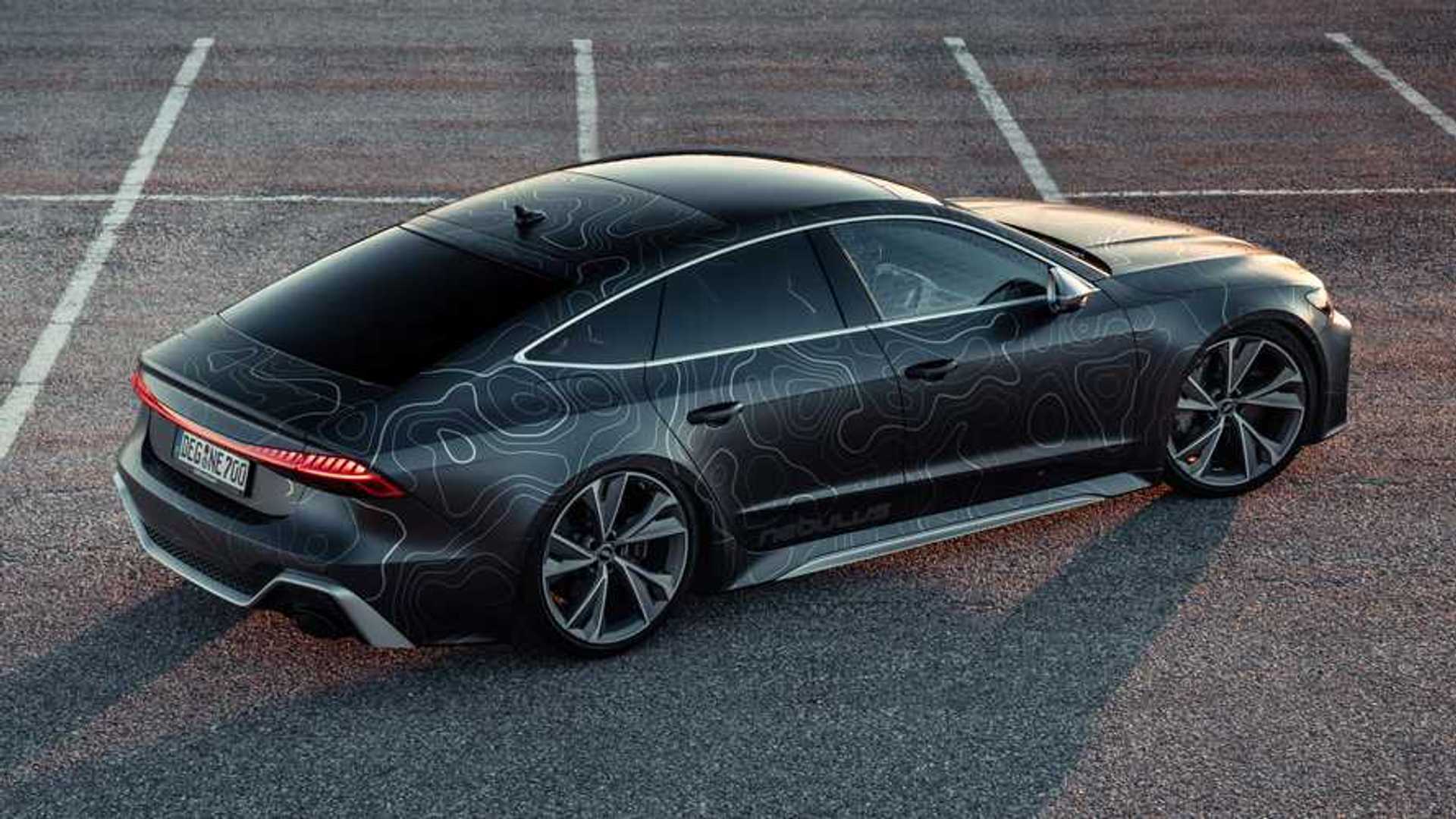